Etheria was once a land of living legends. Long ago, brave warriors across the realm stood together against an immortal evil known as “the old ones”. In the wake of this struggle, the champions locked away the power of the old ones inside Eternia crystals. These crystal are what you must protect in Dungeon Defenders: First Wave.

Recently, the realms heroes, called to a far away crusade, have left their younger kin to tend the castle and its chores. Bored with their dreary duties, and imagining action and adventure, the pupils accidentally unleash an ancient force that has long been dormant. Now these heroes in training will have to grow up quickly. Together they will defend the Eternia crystals against those who would seek to resurrect the ancient evils.

What better way to introduce a game review by quoting the game itself .. nice touch huh. So now you also have an intro to the story. Let’s move on to the actual review. 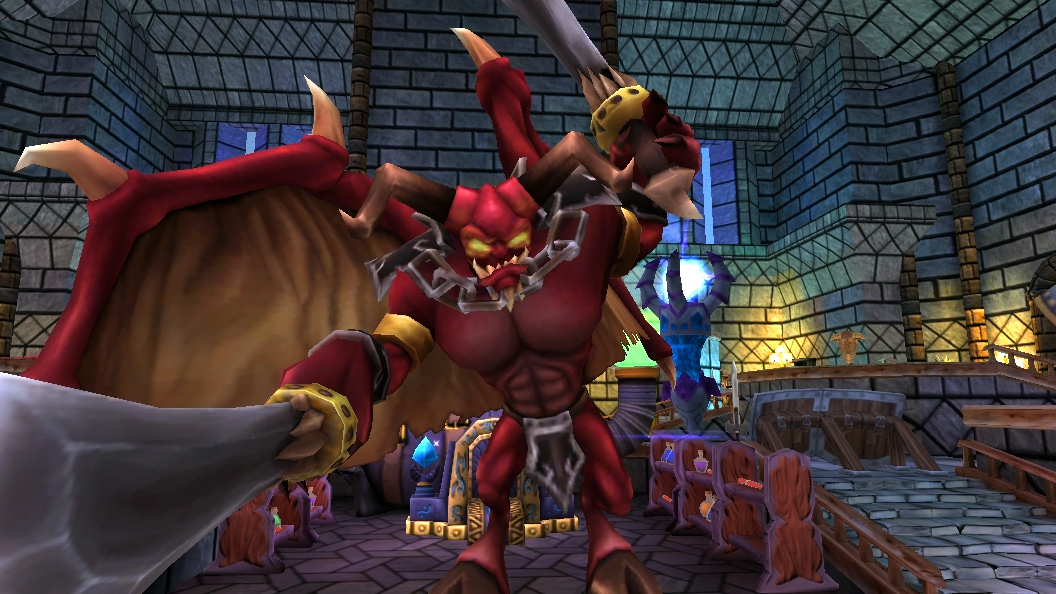 Graphics and Interface: So as previously stated, this game uses unreal engine 3. What this means is you have graphics that rival some consoles in the palm of your hand. graphics like these come at a bit of a cost though and will test even the latest handsets to the limit. Make sure you’re near a charger or carry a spare battery when playing because you will need it pretty quickly.

There currently seems to be a bug with the graphics when played on a handset using a snapdragon CPU with an Adreno GPU. Devices such as HTC’s G2 or desire series may see black patches in some places where some transparent textures are. While this doesn’t affect actual gameplay, it does detract from the overall experience.

The interface is generous when it comes to size of buttons. Even people with larger fingers won’t struggle to play the game. There is also an option for tablets such as galaxy tab, in which the interface is shrunk to give more viewing space.

There are some areas of the interface that, for me at least, seem to go over the screen slightly. Again, it is still fully usable and doesn’t affect gameplay, but could use a slight resize to make it look a little more polished.

Audio: The sound for the game is very fitting and quite enchanting in a way. The voices and noises from each monster or character add to the audio bliss that is the dungeon defenders soundtrack. 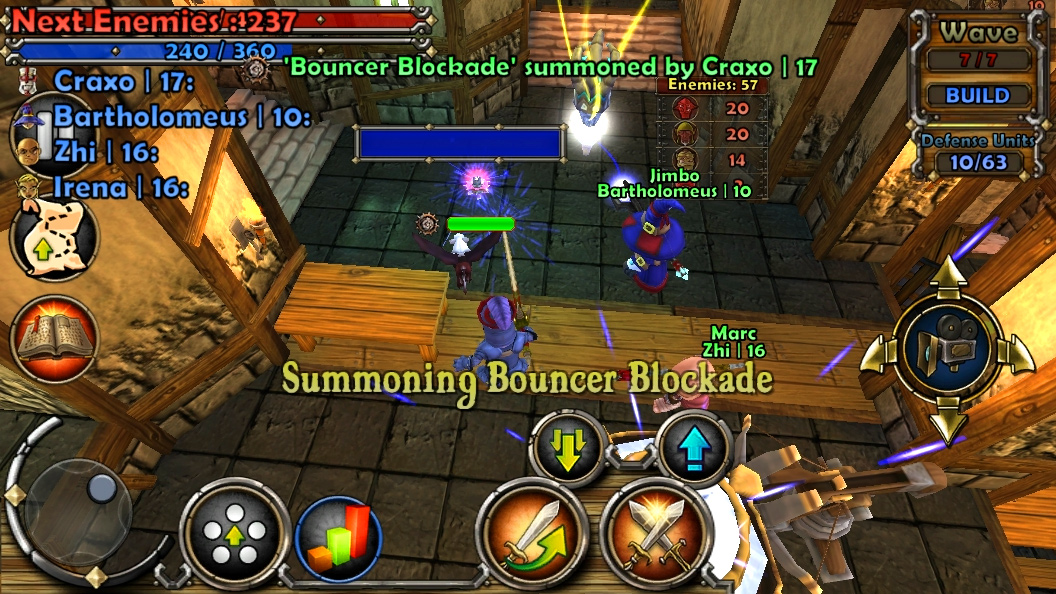 Gameplay: Ok so when I first heard about this game from Andrew I was a little confused. A game combining action-RPG and tower defense… that sounded a little odd to me. But then after playing I realized it is very similar to Mississippi Mud Pie. Sounds completely wrong but one of the most awesome things ever created. It combines brute strength RPG fighting with a more tactical tower defense element by building blockades or towers, setting traps or placing an enchanted aura. By combining some traps and auras you can unleash hell in a tight spot. drop a speed decreasing aura in the same place as an inferno trap, instant barbecued goblin. The possibilities are endless.

Each stage gets more difficult as you would expect, but as you progress further into the game you will be defending more and more crystals. The biggest challenge are the boss battles which happen at the last wave of some levels. They give you a mere 10 seconds to reset your defenses and get your act together. It often catches you off guard when the remaining monsters counter slowly reaches 0, then a big warning flashes on your screen.

As you defeat monsters and complete levels you’ll gain experience and level up, allowing you to adjust your stats to your taste. Any mana left over at the end of the battle is sent to your tavern where it can be used to upgrade your items.

A new feature recently added is you now have a barkeep, a tall guy in charge of your forge. Talking to him will allow you to upgrade current equipment, buy new equipment or even buy a familiar. Be warned, his wares aren’t cheap and even I am still tirelessly working to have enough mana to buy my first pet. I’m currently around 100,000 mana short from the cheapest familiar Bob sells and it is taking quite a while to obtain. (I called my barkeep Bob)

There’s several difficulty levels to keep you busy. using my own custom difficulty scale, they range from yawn to WTF??? Insane mode is called insane for a reason. You have been warned. Overall the single player mode has enough to keep you busy for several hours. Plan at least 30 minutes per level you play.

Multiplayer powered by GameSpy is quite entertaining but due to a lack of chat feature, it makes strategic defenses almost impossible. Still, insane monster fest is… well… I’ll let you find out for yourself.

Overall: Dungeon Defenders: First Wave is a fantastic game in almost every facet from the graphics to concept, gameplay to just sheer enjoyment (or frustration, but it is a good frustration). Unfortunately, it is held back a bit by some of the smaller details that could be more polished and we are sure eventually will be. There is plenty planned for Dungeon Defenders including new episodes and even player mods in the future. Stay tuned here for all the latest Dungeon Defenders information.

You will need a fairly high-end Android device to play this game. Of course if you have a Tegra 2 Android device you’ll be more than fine and have access to exclusive content only for Tegra 2 devices.