Our friends over at Battery Powered Games have been hard at work with a new project we thought would end up being another game. However, as it turns out, it isn’t a game at all but an entire development framework for cross-platform game development. Called BatteryTech, it is available for indies developers and bigger studios as well.

Where BatteryTech strives to break from the game engine label is in the fact that it doesn’t constrain developers into the mold set by the game engine when developing their game. This means developers can build completely custom games as they see fit, across both iOS and Android. BatteryTech allows you to code in native C++ for Android/iOS development on either Windows of Mac. 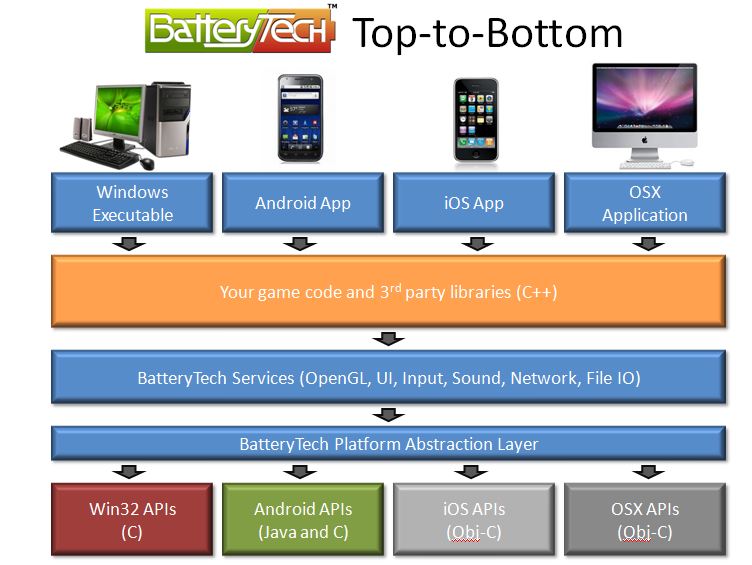 If you want to set this up as your main game development framework, licenses are fairly reasonably price with the indie license at $250 for companies with 5 or less staff and $1000 for studios with over 5 staff. There are no royalties either and you’ll be able to deploy your game on any platform. If you’re interested, feel free to head over to the details page at Battery Powered Games explaining more about BatteryTech.

Official press release and video below for your viewing pleasure.