If you follow gaming new at all, and by at all we mean even glancing at a gaming news website by accident, then you already know who GeoHot is and that Sony is suing him for hacking the PS3. Well he left to go vacation in South America and Sony has accused him of fleeing to South America instead to ditch the case or something to that effect.

However everything is just fine because GeoHot is still excited to jailbreak the upcoming Xperia Play, stating that he will be the first in line to get one as well as ‘itching’ to get his hands on one. While there is probably a cream to help with the itching, it will be interesting to see how quickly the Xperia Play gets jailbroken and what exactly Sony/Sony Ericsson will do when that happens. Here’s a picture for your viewing pleasure of GeoHot: 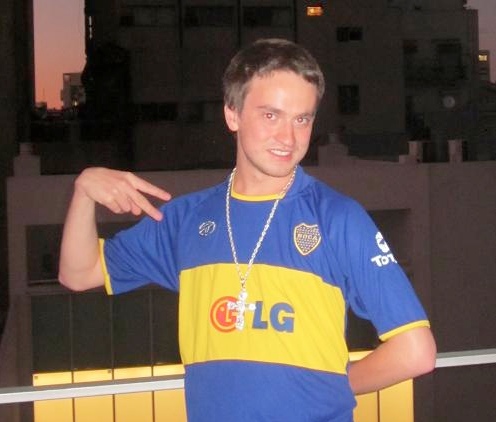 So far though, GeoHot says that the Xperia Play is a bit hard to come by in South America. That’s probably because it isn’t released yet to the public although it is possible to somehow get a hold of one obviously.