Clockwork Rune is an upcoming 3D MMORPG being developed by Bonefide Software. The route they are taking with this is a more realistic looking 3D game you’ll be able to play anywhere you have a connection on your Android device. We got to sit down with Bonefide Software to talk about Clockwork Rune and how it is coming along.

DroidGamers: Tell us about Bonafide Software. When did the company come together and do you have any previous experience in development of video games and MMORPGs in particular?

Bonafide Software: Bonafide Software started as my idea to be a company where people could come to for contracted application development… Business wasn’t going well, so I thought of how I could change that. Having always been a fan of video games and having studied video game design (at least the programming aspect) for a long while I looked into their popularity on mobile devices. At the time, gaming was almost unheard of on Android, with the exception of some of the early adopters such as Robo Defense. I saw this as a great opportunity to not only do what I love, but to make a career out of doing it.

Realizing I couldn’t handle this alone, I reached out to my old friend Derek Bohman, who was working for Duo Designs as a graphics artist. I ran the idea by him and he agreed to undergo this adventure with me. Now, we are in the process of searching for venture capital and looking to relocate and expand our team.

DroidGamers: What engine are you using for your game?

Bonafide Software: At first, we were planning to create our own engine from scratch, however with the small size of our team and the complexity and time required to take on such a task, it just wasn’t a viable option from a business stand-point. Luckily, around the time we ditched plans for a custom engine, Unity3D 3.0 and SmartFox X2 just happened to be released. These two pieces of software would do exactly what we needed at a relatively inexpensive cost, thus we decided to take them up on their offers. 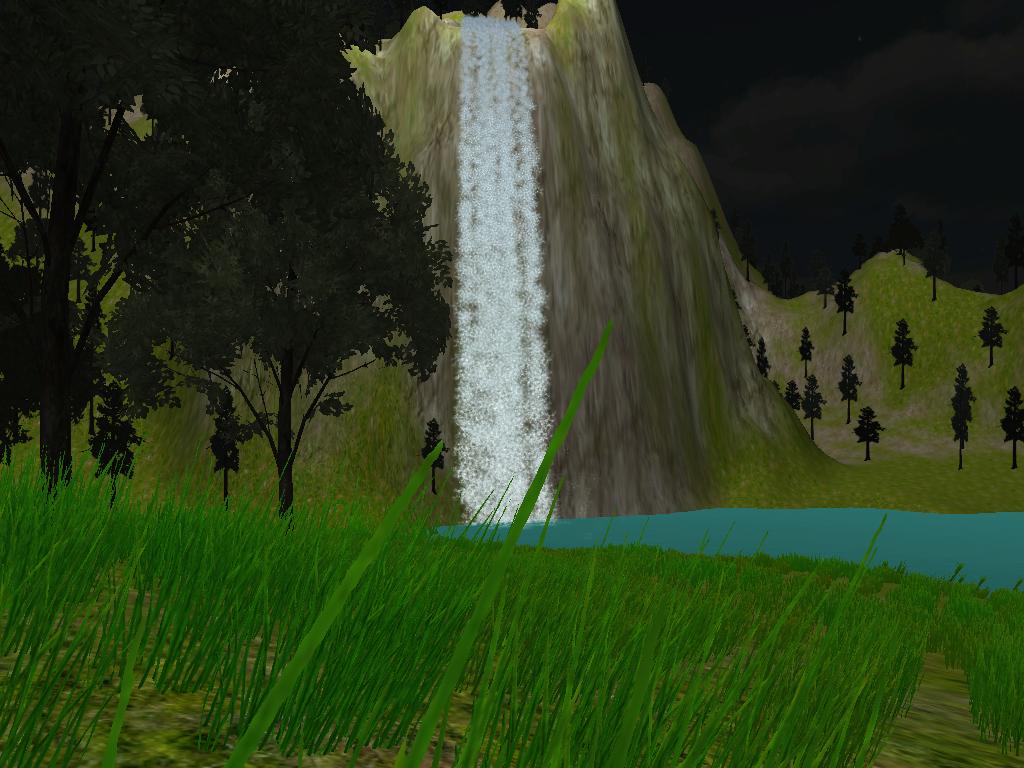 DroidGamers: How has it been developing for Android? Are there a lot of issues when it comes to trying to develop for various versions of Android like 2.1 compared to 2.2/2.3?

Bonafide Software: Because we opted for the Unity engine, how we deal with fragmentation is delegated to Unity’s developers. There are some limitations that Unity places on their engine as far as which Android devices can run there games, and in all honesty, if you don’t have a high-end device, it probably won’t be playable. Unfortunately, in order to deliver the quality of game we are going for, it was an inevitable consequence…

DroidGamers: Your MMO, Clockwork Rune, will be coming to Android. Will it be just smartphones? Will you be launching this on tablets? Are there any other platforms you would like to launch this game on like the Playstation Network, XBOX Live, or even PC?

Bonafide Software: As of right now, we have plans to develop for PC/Mac as well as the Android OS. Depending on sales, we may decide to Port the game to PSN, or even PS3 and XBOX 360 disc games. XLA is out of the question at this point in time due to the fact that Unity currently does not support XLA compilation. The reasons for this are unknown to me.

DroidGamers: Have you come up with a pay model for your game? Free to play or pay to play?

Bonafide Software: We are still juggling a few ideas as far as pay models go. I can assure you, however, that the android version will be relatively inexpensive.

DroidGamers: You have recently released screens of your Female Efeli Model, is there anything else you can showcase or are you going to keep thing hush hush until specific times?

Bonafide Software: We actually just lost our lead modeler and have since picked up another one, so we are working on getting him up to speed on everything. Once that happens, you can expect the first playable alpha. Unfortunately, this alpha will only be available on PC and Mac. We are waiting until we enter the beta phase before we release any playable Android content due to the potential of our game being copied and uploaded as another developer’s project.

DroidGamers: Will there be an Alpha or a Beta? If so, when are you planning to open it up for applicants?

Bonafide Software: There will be many, many alphas… Every time a new feature is implemented, you can expect an alpha release. With this said, we just lost our lead modeler and have since gotten a new one, so once he is up to speed on things, you can expect to see an alpha. We will have a beta phase, and although it was initally projected for this summer, we will probably be pushing that back a bit.

DroidGamers: How many hours a week, roughly do you spend working on your game? I have noticed that you spend a lot of time interacting with the community on various forums which is really cool, but I understand that it takes time away from work so its a double-edged sword.

Bonafide Software: I am the only one who really interacts with the community. The others spend most of the day (morning to night) working on the content. Thanks to Unity’s scripting interface, it really streamlines the coding process, allowing me to put more time into PR.

DroidGamers: Going along with the fact you are constantly on forums interacting with the community, how much will the community mold the initial release of your game? Typically, developers launch a game with their own vision of the game they are working on, and then eventually they take the feedback of the community and change small aspects of it through patches and expansions. Are you all going to follow suite or are you going to let the testers have a bigger role in how a game turns out on launch?

Bonafide Software: In the end, the consumers are who actually play and [hopefully] enjoy the game. Because of this, we take every idea that is thrown at us into consideration. We do have an idea of how we want the game to be, but we come across an idea that we think is even better than ours, then we will try to implement it the best we can. 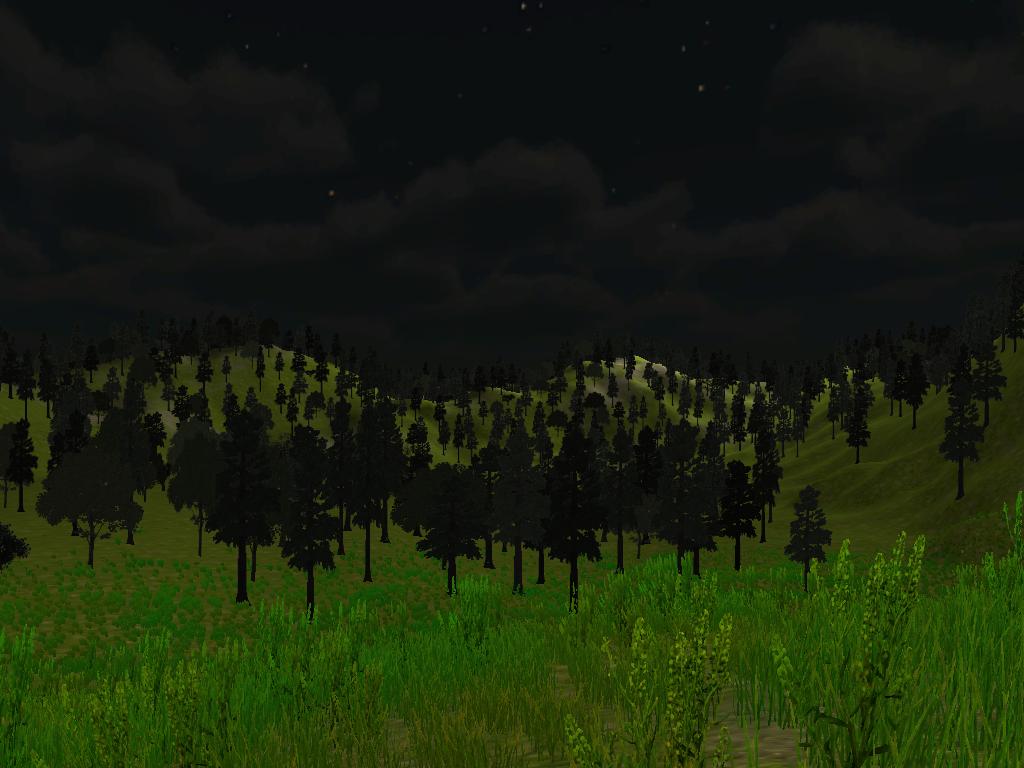 DroidGamers: Can you possibly give us a rundown of features you are looking at having in the game upon launch and a list of features you would like to add in down the road? Things like will PvP be in at launch? Crafting? Quests?

Bonafide Software: All of our publicly available features can be found on our website (http://www.bonafide-software.com), but here is a summary for your convenience:

DroidGamers: Graphically, your MMO looks to already be in a more advanced stage than all the MMOs currently on the Market, and the ones in development. But, what other features will help you guys and gals stand out from other games on our Market?

Bonafide Software: Perhaps the biggest aspect of our game that will make us stand out is the inclusion of a epic story line. Other games on the mobile market, and even on the PC market, tend to leave this out… We are hoping to avoid the monotony and repetitiveness of games such as World of Warcraft and Lord of the Rings: Online and make it closer to an RPG than a grind fest.

DroidGamers: Is there anything you would like to say to your followers, fans, and potential customers?

Bonafide Software: I just want to say thank you for your support and feedback, and I hope that you are as helpful and critical in the future as you have been. In the end, you are the ones who play this game, so its your opinions that matter. Also, A revamped site is in the works and will be up within the coming weeks. We are also working on a forum, so hang tight in that regard.

DroidGamers: For people looking to find out more about your current game and future projects, where can we send them?

Bonafide Software: Our website at http://bonafide-software.com is the best place to find new information. We are almost finished with the new site, so expect to see that go public in the coming weeks. We are also working hard on our forums, so you can expect to see those go live soon too. We are also available on Twitter (http://twitter.com/Bonafide_Soft), Facebook (http://www.facebook.com/pages/Bonafide-Software/125112400859171) and YouTube (http://www.youtube.com/user/BonafideSoftware?feature=mhum)

DroidGamers: Thank you for your time! Hope everybody enjoyed the interview and I am sure we all look forward to hearing more, and eventually seeing more of this game!