Have you always wanted to cause as much destruction and chaos as possible? Defeat armies and blow up vehicles? Probably. Have you dreamed about doing it as a giant worm? Probably. Well you might not be able to do it in real life but you can certainly do it on your Android phone thanks to PlayCreek releasing Death Worm.

In Death Worm, you are the monster. A giant, rather angry, very hungry worm that has one goal: Eat everything and destroy the rest. Using your finger, you’ll be controlling the giant worm that is your inner child and eating all the human, animals and whatever else happens to be in your path. If you can’t eat it, destroy it instead! You’ll even be able to take down airplanes. All this is wrapped up in some nice 3D graphics.

What better way to celebrate Earth Day than to play as a giant worm and eat/destroy everything on the planet? You can pick this great game up, which already has over 2 million downloads on iOS, for $2.99 right now on the Android Market. This is a sale price to for a limited time so if you plan on getting it, this is as good of a time as any. Nom nom nom nom…

Thanks to Paul (matrix2004) for tipping us off! 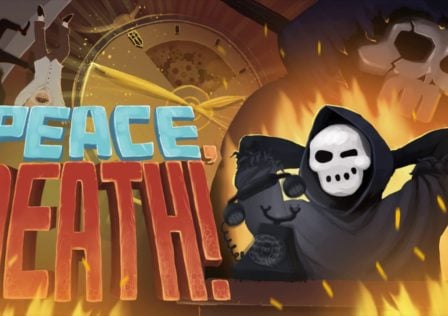 Acclaimed Soul-Sorting Sim Peace, Death! is Half Price on Android