Earth and Legend, a highly anticipated game still under development by DVide Arts, has had more information come out today along with a new screenshot. The new bit of information is based on their combat system which will remind many people of Elder Scrolls. Or, that is how it sounds at least!

So below is what was written on Facebook from DVide Arts;

Earth And Legend features a new and innovative combat system with real-time live action melee attacks and spell casting. The combat system has multiple types of melee damage which include slashing, blunt and piercing attacks. A large variety of melee weapons allow the player to switch damage types at any time. Weapons like bow and arrows cause piercing damage, swords and axes cause slashing damage, and hammers and clubs cause blunt damage. The combat system also features additional types of magical damage such as fire and energy attacks. The different damage types are important because certain creatures are more resistant or vulnerable to certain attacks. For example, attacking a fire based creature with a fire attack spell will do very little or no damage at all, so players must plan attacks carefully. Also, players can choose to enhance their combat skills in different ways. Earth And Legend features 3 different skill lines which allow a player to focus on becoming a better melee fighter, archer or magician. As the game progresses, special combat techniques and abilities can be learned such as area of effect spells, enhanced bow skills and unique hand to hand combat styles. 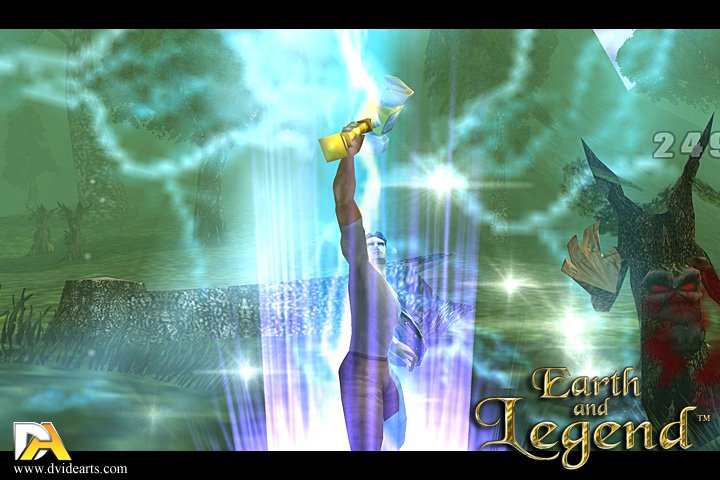 Just from reading that it seems a lot like the Elder Scrolls series which would be an amazing accomplishment to emulate on a mobile platform. Really looking forward to this game once you add up all the features released so far, and then even more when you see the graphics. Still no exact release date but as always when we hear something, you will hear something.