It has been awhile since we have seen Getjar letting loose on exclusive free games for Android. That’s not to say they haven’t been doing that but it seems like it has been much more quite. Well that silence has been broke with Outlaw Racing 2011 exclusively available for Android on Getjar right now for free.

The game itself is a top-down racing and shooting game where you are competing in a tournament around the world with other opponents. However, these opponents will be just as armed as you are with a variety of weapons. You will be able to earn money as you win races to buy upgrades as well which include new vehicles to suit up with even better weapons. 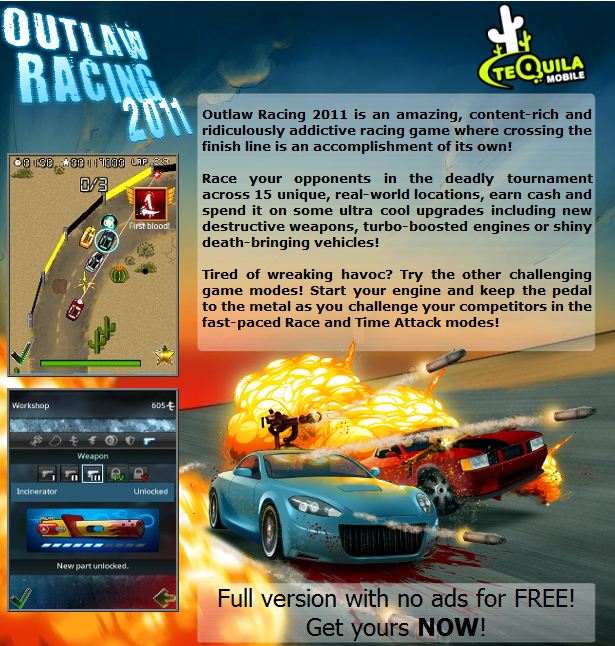 Races are held across 15 real-world locations so you might even recognize where you are racing. Of course if this gameplay mode doesn’t appeal to you or you want a change of pace, there are other modes to play in. You can pick up Outlaw Racing 2011 right now for free only on Getjar so why not? Can’t really go wrong with fast cars strapped with weapons.