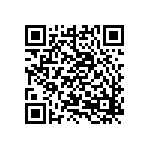 Squid-shaped alien robots have taken over the world, and it’s up to you to win it back! Node-by-node, you’ll be sending your robot forces to demolish the invaders using varied weaponry and tactics. Fortunately for you, controlling such an army requires no more technical expertise than playing slots at a casino! Technology has certainly come a long way…

Hexage is known for their quality titles, neon-graphics, and innovative games, and Robotek is no exception. Using a bank of credits (charges), you’ll “buy” access to a particular node and attempt to liberate it from the enemy. There are over 200 nodes, with varied levels of difficulty. Each side has a “big guy” (you), and can summon three bot-variants for added offense/defense – drones, tanks, and droids. The goal of the game is to penetrate your opponent’s forces and cut his main bot’s health down to zero using a combination of calling reinforcements (moar bots), espionage (hacking, energy-drain, force field), and assault (shock, microwave, laser) tactics. Each side chooses their actions for the turn, then combat resolves… hopefully with the gigantic brilliant explosion happening on the other side of the screen.

Whereas a similar game like Risk uses dice to resolve battles, Robotek uses an interesting “slot machine” mechanic. On your turn, you’ll choose a general strategy – reinforce, espionage, or assault – and each strategy has three possible actions. For example, the espionage strategy involves hacking, energy-drain, and force field. Like a slot machine, there are three columns which randomly cycle through these actions until you hit stop, ideally synchronizing all three on your desired action. The more columns that match, the stronger the matching action is, and you’ll score an extra turn if you match all three! Sometimes though, you may want to split your actions for a one-two punch combo. Either way, you’ll get a chance to trigger each unique action that comes up. If you roll x2 lasers and a shock, you’ll blast a big-time laser followed by a normal shock. If you land all three lasers, you blast a big-ass laser and get another turn. Confused about which action does what? A quick tap pulls-up a nice little on-screen summary.

As you exchange blows with your enemy, your units will gain experience and become more powerful. In addition to unit xp, every turn that passes gives you one more credit toward using a special ability. Special abilities include things like Rapid Fire (firing a second volley) and Emergency Repairs (+30 health to your units). Finally, as you sweep the map conquering nodes, you’ll gain experience of your own which converts into tokens to be spent on unique squadron upgrades. These particular upgrades enhance the general effectiveness of your bots and their actions during combat.

The Good
Robotek is a great looking game with a pulsing techno soundtrack, reminiscent of EVAC HD. You’ll find a decent amount of strategy and upgrade options to keep you busy over the game’s 200+ nodes, and it’s casual enough to pick up for a quickie. While it may be somewhat lacking in depth for us die-hard strategy fans, the upgrade and combo-options offer a solid intro to strategy for casual gamers. Should you ever find yourself on the losing-end of the war, you can always wire Hexage a few dollars for more charges.

The Bad
Aside from upgrading your bot skills and praying for the best 3-action combo every round, there’s relatively little variety as you progress. I would’ve liked to see some new bots unlocked as you level. The computer chooses your targets for you, and I would’ve liked to be able to manually-target enemies in certain scenarios. The most annoying aspect of this game is that I spent $3 for the “duel” mode, only to find that it still… just me vs the AI. You can still play vs a friend by taking turns on the same phone, but who actually does this? This game would be solid with a random online match-up feature.

The Verdict ★★★★☆
Robotek is a solid title, especially for free, and strikes a smooth balance between casual and strategy gaming. The graphics shine, the music is great, but anyone who spends a decent amount of time playing will wonder if she’s still playing the same level. Assuming you don’t get suckered into paying $3 for the “duel the CPU” mode, downloading this game is a no-brainer. Add online duels with live players, and this would win a 5-star rating.