New model of the Xperia Play to come with an HDMI port?

One feature that is missing from the Xperia Play is an HDMI port which we have always found to be somewhat of an interest item to be missing. Considering that the Xperia Play is essentially a game controller with a small screen, one would think the ability to stream games to the big screen via HDMI would have been included.

However, all the units sold so far have been lacking any sort of HDMI port or a MicroUSB-to-HDMI cable. That is until now. Engadget received pictures this morning of an Xperia Play that looks to be connected to an HDTV via an HDMI cable running from the left side of the Xperia Play. All current units only have a micro-usb port anywhere in that front area and is located on the right. Engadget further dismantled their Xperia Play to see the motherboard inside and to check for any connectors which turned up empty. 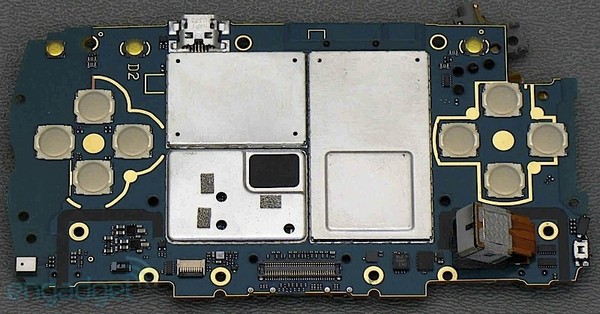 This leads to a conclusion that may anger some current Xperia Play owners. It would appear, unless it is some sort of developer version of the Xperia Play that has never been mentioned which seems highly unlikely, that Sony Ericsson is working on another version of the Xperia Play which will include an HDMI-out port. Whether this will be a new version on another carrier (T-Mobile?) or just a general upgrade anyone can opt into is not yet known. We will definitely keep a look out for any more information regarding this.