Hands-on with Dragon Nest by Nexon at E3. A proper way to blend genres.

We mentioned before we would be covering other non-Android gaming related stuff from E3 and this would be one of those things. Nexon came out strong this year with two solid titles that are coming our way to PC soon. Dragon Nest especially caught our attention with it’s great blending of gaming genres.

If you were to mix FPS elements, RPG elements and action fighting game elements into one title and wrap it all together in nice 3D anime-ish type graphics (and do it properly) you would come out with something like Dragon Nest. If you were to just blatantly lump this into one genre though, it would be an MMORPG but it is a lot more than that. You have cross-hairs just like you would in an FPS game and even the ‘aiming’ and action is quick like an FPS game. Your viewpoint though is OTS (over-the-shoulder) while your controls are every similar to FPS games. You have RPG elements through PvE, leveling and generally everything else you would find in an MMORPG title. However, you also have combos that you can break out in glorious Street Fighter style action. It even goes further beyond that as well though! 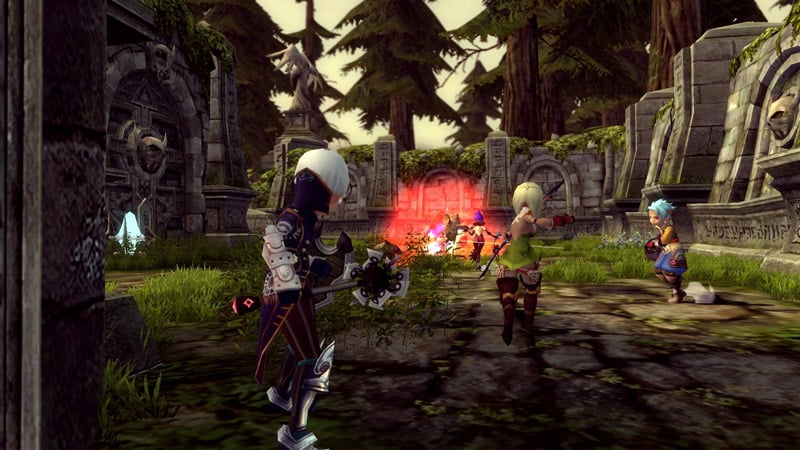 While keeping on the topic of controls, most PC games these days are coming with both your standard keyboard/mouse setup as well as XboX controller support. Dragon Nest offers this up as well so if your playing style is more console based, you can just slap an Xbox controller onto your PC and you are set.

There are skills that can only be used while in the air such as when you jump while others are only usable while on the ground. This means you can break out some pretty awesome multi-level combos. Hit someone with a normal attack or ground skill, jump up and bust out another skill and land to continue on with even more madness. This type of action is available in both PvE and PvP gameplay which is incredibly fun. In PvP you can have up to 8v8 which makes for some seriously crazy action while you are kicking other people’s asses.

You will have four classes to choose from: Warrior, Archer, Cleric and Sorceress. Each class comes with their own abilities and special moves that will help out in any PvE or PvP battle and just because you are a cleric doesn’t mean you can drop someone on their ass. In PvE, with the multi-level attacks you can break out, you will have to keep an eye on your surroundings as well because monsters can attack you directly as well as from the air and even underground! Many of your attacks can hit multiple enemies at the same time as well should you get surrounded.

Graphically, Dragon Nest comes with great 3D eye candy that has a flare of anime style art but keeps it toned down so it doesn’t become too much to the point it takes away from the game. If the art of the characters has been too anime-like, it wouldn’t have fit the rest of the game with how the monsters and general environment looks. 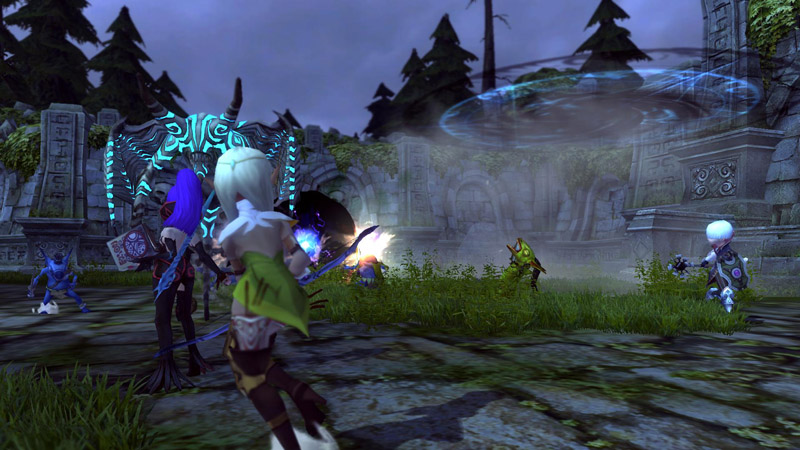 So by now you are probably wondering “when the hell can I play this?”. Well good news is you won’t have to wait long. Closed Betas will be starting this month with a full release time of later this Summer. Considering companies like Aeria Games is prepping for a mobile invasion of their free-to-play MMO games and that Nexon already has one MMO racing game on Android, don’t be surprised if at some point down the road this ends up available for mobile devices. However, if you are looking for a bit of a break from playing on your Android device and want a little action packed MMORPG action to play on your PC, Dragon Nest is a title you should check out.