Normally towers are built so that they aren’t shaky but that they are sturdy and last. However in this case sometimes a shaky tower is just what you need. Shaky Tower is a game where you are given different types of challenges that require you to build your tower, reach certain checkpoints, or destroy your tower as fast as possible.

Gameplay: You start off on the main menu screen where you are given many options to choose from. The main game is in adventure mode, where you complete levels in six different worlds each with their own feel. There are also multiple types of styles to the levels, such as Line Pass, Checkpoint, Balance, Cleanup, Snapshot, Tempo Line, Constant Height, and Bonus. Adventure mode mixes the different goals so that you get a nice balance of the goals and a nice challenge in each world.

In Quick Game you are given multiple levels of difficulty, Trivial, Easy, Normal, Hard, Expert, and Insane, and in each level you are given one level with each of the 8 different goals. This game also takes advantage of in-game purchases by having a shop where you can purchase different items that can help you in-game, like unlocking the next level or making more bonuses fall to help you out during a level. One final note, there are some grammatical errors, but who honestly cares? It’s a game and it’s there for fun, not fer grammer. (hah) 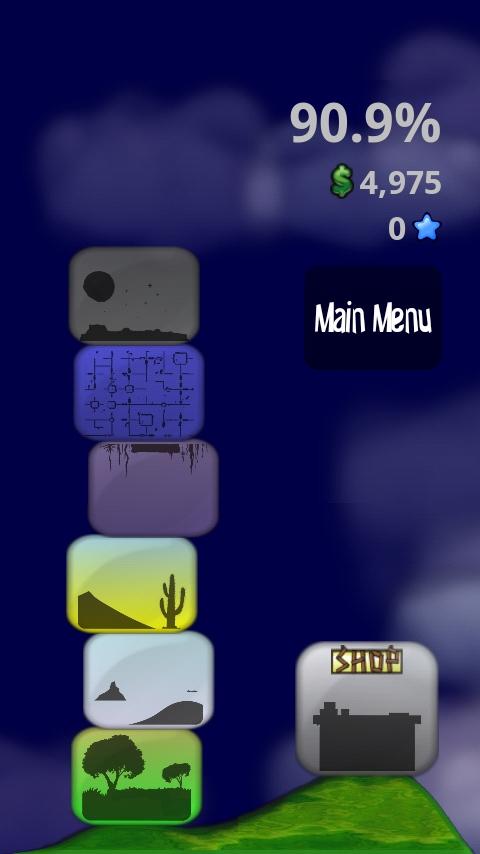 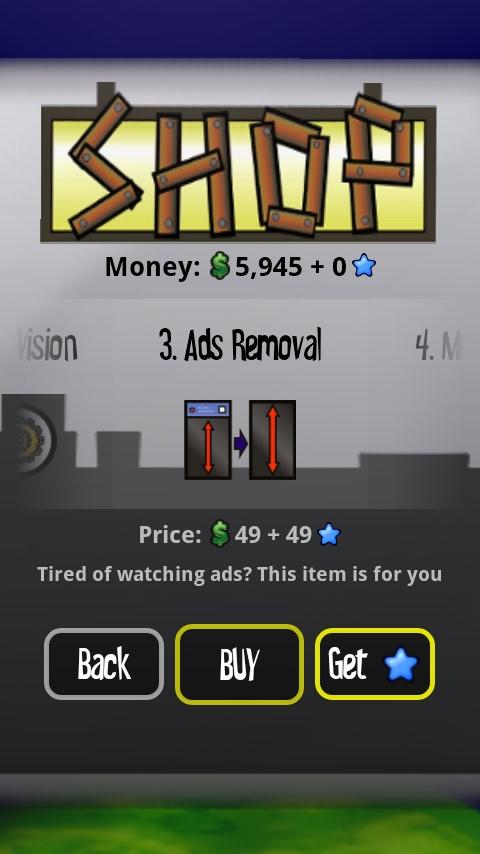 Graphics and sound: The game is very crisp and clear, even when multiple bricks are dissipating and being placed all over the screen. The cartoon-ish faces of the blocks give the game a child friendly feel despite the complexity of it. Even the backgrounds go with each world and help give a more intuitive experience. Also the backgrounds while you are navigating the different options and the world select area move so slow and smoothly that you don’t even realize that they are moving at first. While you are navigating the menus and world/level select there is some nice repetitive Tron style techno music that is playing, however when you choose a level the music changes to one of two different background sounds.

Also while you are playing the game, there are subtle sound effects for placing blocks and when the blocks hit other objects. There is also a small absorption sound for when you pick up a bonus. The final sound effect is a little voice that almost makes out words but it doesn’t. You hear throughout playing a level, and it makes you feel like the blocks are actually alive.

Overall: I know this sounds very cliché but it fits perfectly to this game: Simple concept, Difficult to master. This game provides a fun look on tower building games and takes advantage of the phones accelerometer. Shaky Tower is definitely a game I would recommend to all of my friends because of its challenge level and fun looks