[Updated] Thursday Lunchtime WTF: Sega encourages you to play with your urine with ‘Toylet’

Once in awhile, like we have said before, something comes along that has us sitting here scratching our heads and thinking “WTF?”. It doesn’t always have to be Android related though. Either way, we enjoy sharing these little gems with you, our readers. Here is a great one from Sega.

While there hasn’t been a lot of WTF the past couple of weeks, partly due to us being at E3, it’s great to just start it back again with this incredibly amazing device. This actually debuted back in January of this year. Sega, apparently wanting to jump into the growing urinal niche of gaming, has devised the Sega Toylet. You will have a variety of games to choose from (four at launch) which will encourage you to use your urine in a productive way in-game.

Video from Digital Signage Japan 2011 going on right now. It will go on sale in November.

The whole set up, if you still can’t believe this, features a pressure sensor place on the urinal with a small display screen above it. This display screen will be where all your… gaming… will happen while the pressure sensor collects all the ‘data’. So far, since January 31st, these wonderful additions to public restrooms have been placed in select locations around Japan. Too bad Sega didn’t jump on the name Wii before Nintendo grabbed it.

Just think, you could visit Japan and be playing Graffiti Eraser while talking on your mobile phone that looks like a feature-less human, pictured below for your viewing pleasure. 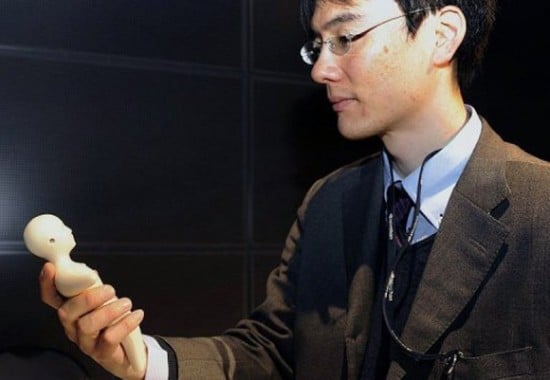