Preview of gameplay on the upcoming EVO 2 Android gaming console.

One device we are interested in playing with and enjoying is the upcoming Android gaming console called the EVo 2. Developed by a company called Envisions, this will be a home gaming console like the Xbox 360 or PS3 but will run Android as it’s operating system.

There have been a lot of questions about this interesting device since we announced that is was coming soon with one being how the games will play. We asked the fine folks over at Envisions to tape a bit of the gameplay for us so we could see how well it will function. We were expecting games like Angry Birds to be shown but as a nice surprise, we instead get to see more graphic intensive games such as Dungeon Defenders; First Wave which was made with Unreal Engine running on the EVO 2. 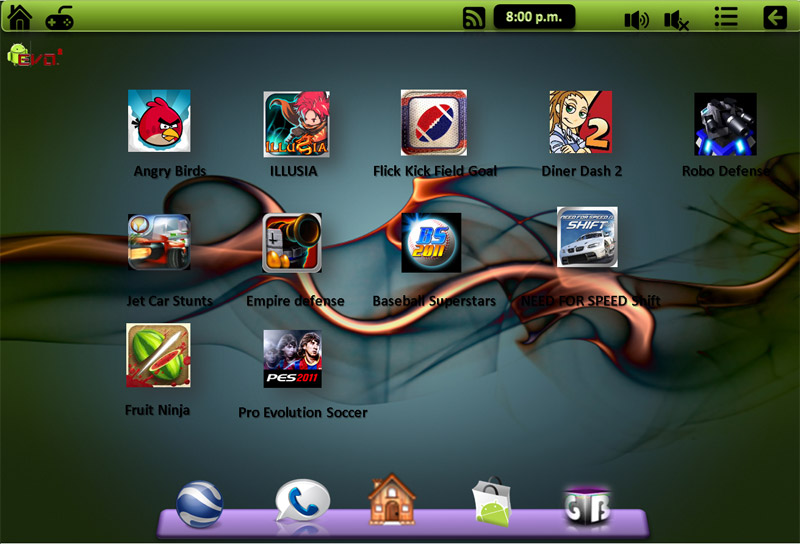 The fact that it can run Dungeon Defenders: First Wave is a good sign that it can handle just about every game out there except for CPU exclusive ones such as games designed for play on the Tegra 2 chip. Top that off with Android Market access and GameBox cloud storage for games and data, you have a pretty solid looking system and the price tag of $249 seems pretty decent. Considering you pay $200 on contract for a new Android phone, it’s not a bad price.

The videos are a bit short so we stitched them together instead of posting 5 different videos for you to watch. When we get our EVO 2 in, we will film a longer, more in-depth video for everyone. Until then, enjoy the preview. It’s a little blurry but at least you get an idea.