Riptide GP Review: Jet Ski racing from the comfort of your couch

Riptide GP was developed by Vector Unit who are no strangers to water racing games. They have developed previous titles including the hit racing game on XBox Live called Hydro Thunder Hurricane and looking at Riptide GP you can see their expertise shine when it comes to this type of racing game.

Vector Unit is actually a 2-man team who have, over time, developed their own game engine specifically for these types of games. While I’m sure you could convert it to build others, you can really see that they know what they are doing when it comes to water racing games.

Well there happens to be plenty of good in this title from Vector Unit. The visuals are stunning console-quality eye candy that really shines regardless of what Tegra 2 device you are using. The game looks and plays great on a phone but just as well on a tablet which is a nice treat. You can jump from your tablet playing Riptide GP and start it up on your dual-core phone and experience the same amazing visuals. Most impressive is how the water looks and acts. It’s different each race, as water should be but it looks fantastic and feels about as close as you can get to the real thing physics-wise. 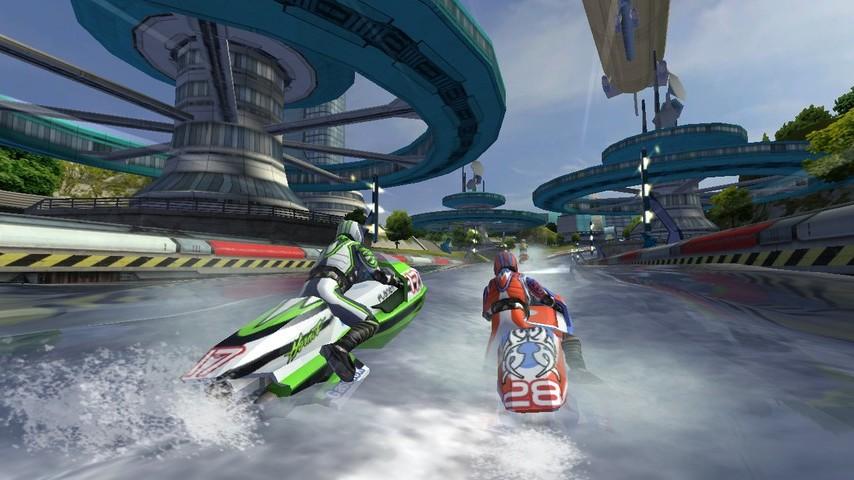 Controlling your craft is easy enough as well as your steering is simply tilting your device to the left or right to turn. You have a variety of ships to choose from, all with different stats when it comes to Top Speed, Acceleration and Handling. There is a total of 6 to unlock along with 12 courses to race on. There is a lot of dynamics in Riptide as well such as being able to alter the environment mid-race, breaking out stuns when you get air to gain boost when you (hopefully) land the stun correctly.

Stuns can be done through the use of gesture -based swipes with your finger while you’re in the air. What’s really nice is when you don’t land your stun, you end up floating face down, or face up on the water like you’ve died.

On the performance end of things, Riptide GP doesn’t lags or stutter at all and since you can only run this game on Tegra 2 Android devices, you get pretty solid FPS (frames-per-second) when playing it. Considering how graphic intensive the game is, it doesn’t really drain your battery all that fast either which is nice. This, of course, varies between devices. 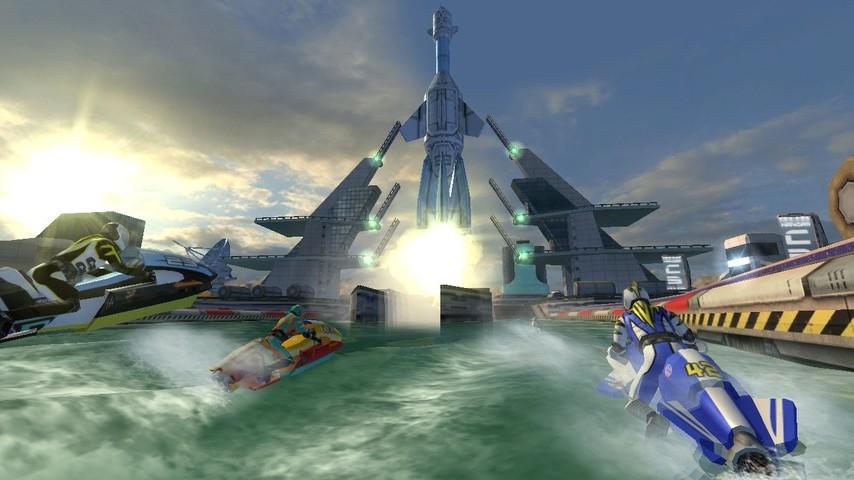 Is there anything really bad with Riptide GP? No but there is one thing that would make the game perfect and that is a more solid multiplayer feature. While it is great to race against your friend’s times, it is even better to race against your friends in an actual race. Does this make the game any less awesome? No not really, it is still an incredible game. It is just something that would have been the icing on the cake though. 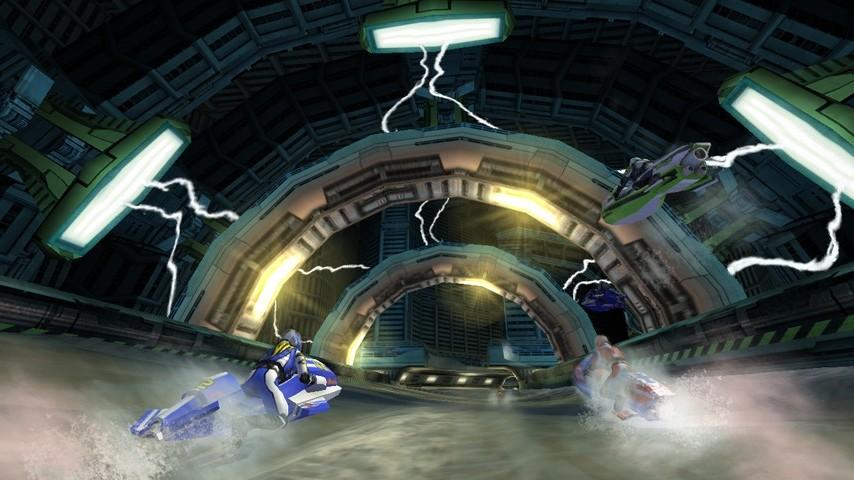 In the end, Riptide is how a 3D Android game should look and play, especially if it is a racing game. Simple controls and gameplay yet the game is hard enough that it takes practice and skill to actually master it. It looks great regardless of what Tegra 2 Android device you are playing it on and it is always enjoyable to play. This is one of those games where you just can’t help but get a little bit excited when starting it up because you know it is a good game. At $6.99 the price is right for the amount of replay value and quality you are getting. It even looks and plays awesome on your TV when you use HDMI. If you enjoy racing games and own a Tegra 2 Android device, this is a must have.