3JeweleD coming to Android. Uses camera to track your movements too.

Reality Pump is a development studio that has made some pretty big PC games in the past and now have decided to jump into the mobile gaming arena. Their first offering will be a match-3 Bejeweled style game but it will come with some pretty interesting features no other ones have.

As with any Bejeweled style game, your goal is to match 3 or more of the same gem in order for those gems to disappear from the playing field. Pretty standard stuff with power-up and combos. However, graphically, this game will be on a whole new level. Reality Pump has dumped a plethora of eye candy and effects into the game including depth-of-field effects. By this we mean that when looking at the playing field, you get a sense of depth, or faux 3D if you will. The graphics will be so dynamic that when you get a combo there will be a slew of light effects that happen. Anyone a fan of serious eye candy will enjoy this. 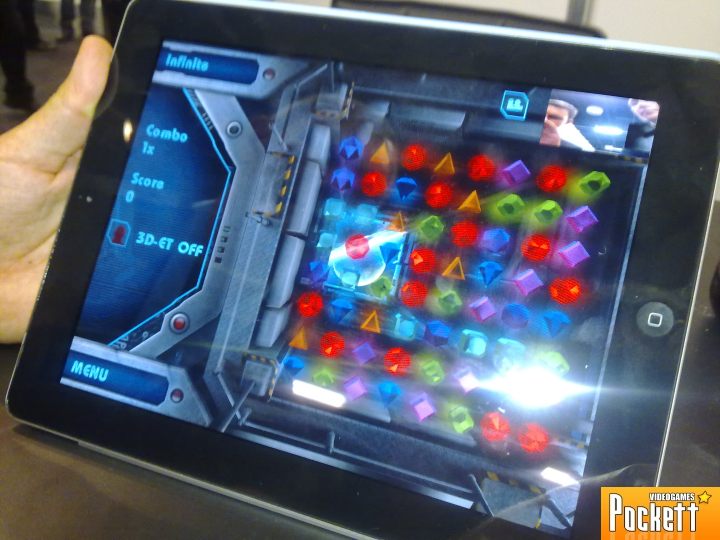 Not only that though, this game will also use your front facing camera to track your head movements while playing the game. Yes, we are being serious here. The camera will track a players head movements and adjust the depth-of-field of the playing area so the gems will move with you and keep in your line of view essentially while the background adjusts more slowly. This will give it a sense of depth. It does also look like the gems shoot up from behind the current ones when you remove some as well. That or the motion trail behind them is just teasing us.

The iOS version of 3JeweleD will be released in about 15 days and the developers have said that it will be bringing the game to Android a month after the iOS release. That means we are looking at October before we get to try this game out. No word on pricing yet.

Thanks to our friends at Pockett for more GamesCom 2011 coverage!