There is a lot to cover in this update so you might as well get comfortable, possibly with a beer or coffee depending on where you are at in the world, and get ready to view a lot of videos as usual.

One of the big features shown off the other day was a preview of a battlegrounds-style PvP location. If you’ve played any game with a similar feature, such as World of Warcraft, then you already have an idea of what to expect. In this preview video of a battleground it looks similar to Arathi Basin in World of Warcraft. Two teams, each one located at separate ends of the map, will be released out of their towns to square off against each other. Currently the objective(s) for this battleground haven’t been announced but as you can see in the video below, it looks pretty nice already.

While everything in the closed beta is for testing and playing around with, the developers have released information on what the official first dungeon will be and the boss who will reside in there. We reported back when we started first covering World of Midgard’s development that the Gem Dungeon would be the first real dungeon player could get into once the game is released. Since then the developers have decided to change the order around and make the Gothic Dungeon the first real one.

This dungeon will have three main bosses including a final end boss for the dungeon for a total of four bosses that you have to kill. There will also be four option bosses player can choose to go after should they want to although it will be completely option. If you think that’s a lot of bosses, just wait till we get into optional bosses. For each optional boss you decide to go after, they will have one midway boss you will need to get through and each of those will have 2-3 mini-bosses as well. Yeah, a lot of bosses but that’s what a good MMORPG with any sort of dungeon group/raiding will have.

Here is the information for the first announced optional boss: 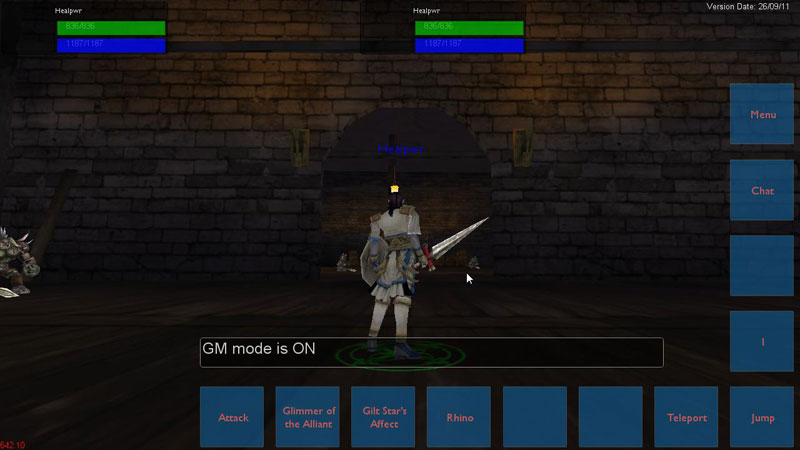 “ads” we are guessing are additional monsters that will accompany this particular boss, if any. You can see the location of this boss in the screenshot above.

This is a new concept the developers are toying with when it comes to dungeons in World of Midgard. As you may have guessed from the description of the first dungeon, optional bosses are bosses you can choose to skip if you want to. They are mainly there for gearing up players who happen to be under geared and can’t defeat the first main boss in the dungeon whether it is because they are new to the game or because they just haven’t gotten the drops to get geared up properly yet.

Even though the whole idea of optional bosses is already finding it’s way into dungeons, such as the first one we mentioned above, it could change depending on player feedback.

Special Effects are starting to be shown off in-game now and the developers have released a video preview for anyone interested to see what some of the effects will look like in-game when engaging in melee combat. So far they look pretty good so it will be interesting to see what they do for spells and abilities.

A couple of new towns have been shown off as well as they are getting developed. Strongburg Town and Sea Village got previewed in two separate videos which you can check out below. Both seem to be near completion, at least design-wise and look pretty slick in their own right.

On a quick but technical note, the developers mentioned that World of Midgard will indeed work on the Kindle Fire for those of you who are, or have already, pre-ordered one. Expect a video soon showing World of Midarg running on the Kindle Fire which they say will make the game perform quite nicely and look great.

Last but certainly not least, World of Midgard developers always release videos showing off new enemies, bosses and other features. Below you can check some of those out but in order to see them all we suggest heading over to their YouTube Channel where they are all available. Below you will find an example of a 4-man group running a dungeon and going up against Rockface. It looks a bit bland as the special effects for combat are not shown in the video but at least you get an idea of a boss fight albeit a low level one.

The other video below showcase all the enemies that happen to currently be in this round of closed beta. It’s a nice overview of what people are currently fighting right now. For those of you curious, this will be cross-platform compatible with Android/iOS/PC and Mac.