You may or may not have caught our article about how to play Shadowgun on an Asus Transformer while using an Android phone as a gamepad to play it. One of the items needed to accomplish this was a program called DroidMote which has a server and client app you need to install.

Of course you have to have at least two Android devices to pull this off, one needing root (whatever device needs the server app installed on). However, if you don’t have any gamepads laying around from an Xbox or some generic ones, but you do have two Android devices, this is a neat work around. 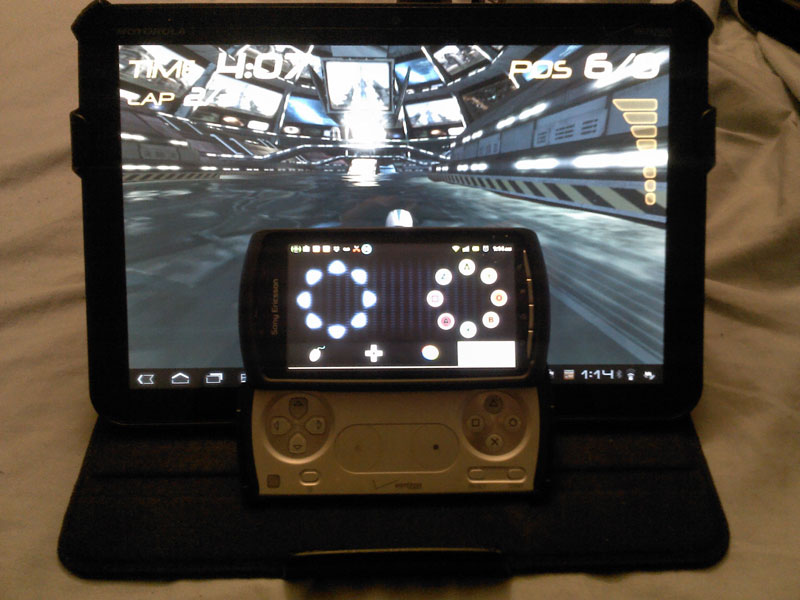 With all that said, the DroidMote has now been updated to support the Xperia Play phone. Not only does it allow you to have all the virtual controls on the Xperia Play screen, it also supports the actual physical control pad as well! Another major update, although outside the realm of the Xperia Play, is that the DroidMote now supports physical keyboards as well that some Android phones still come with. In fact the entire update seems to be completely gaming focused now that it comes with Xperia Play support, check out the changelog:

If you own an Xperia Play and also a tablet (or any other Android device with HDMI-out), you’re going to be able to have a lot of fun gaming with this among other things that this little app setup can do. The DroidMote client is available for free on the Android Market while the Server app will run you about $2.00. You can check out a video showing the Remote multi-axis joystick with accelerometer data feature in an example video below.