Get Out Your Tools – Time To Build Your Tiny Village

TinyCo has a released a new game on the Android Market last week called Tiny Village. TinyCo has a few games on the Android market (VIP Poker, Tap Resort Party) and quite a few on the iOS market. The one interesting fact about this game is that it was built using the Griffin Engine. This allows the company to build social games once and deploy them on iOS and Android markets simultaneously.

The goal of Tiny Village is to build the biggest and best village possible. The game is your typical building game. You start off with piece of land, where you get 1 house, magic rock (your symbol of growth) and a storehouse. 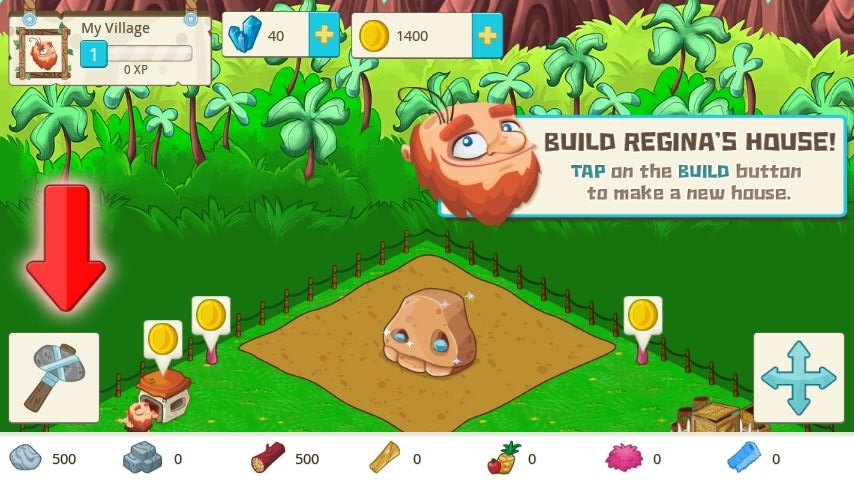 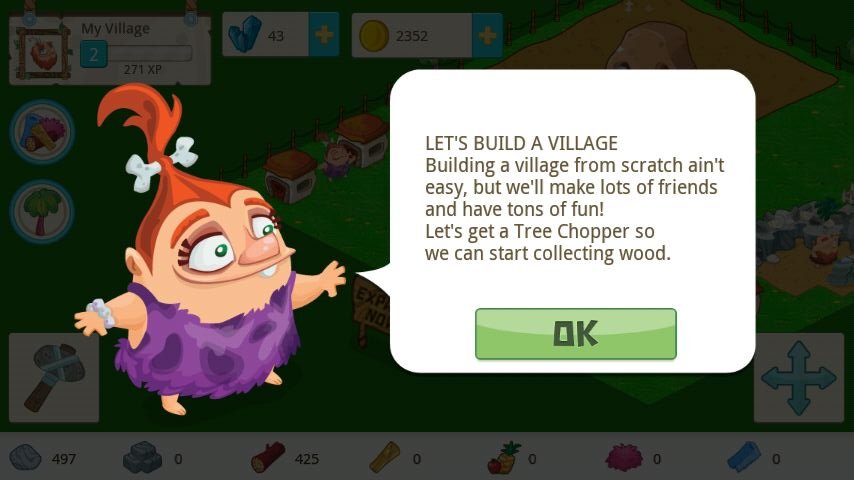 When you first start Rupert will provide a brief tutorial on what to do. Even after that you will be prompted to build, collect, decorate numerous items. As with any city you need workers and haulers to provide and store your resources. It takes time to build and collect so this is not a fast game.

Within the game, the resources gathered are wood, lumber, rocks, stone, food, fur, wovenfur. Also you can earn coins and crystals. Coin and crystals are used to purchase and speed-up items which shorten build time. The game is free, but there are in-app purchases for coin and crystals if you need more.

The game is built around producing resources and then using them within the various stores to purchase items to help you level up. Work is done in real time, so if it takes an hour to build something, you can come back in an hour to pick it up. As your village grows, more resources and stores will be available to you. The graphics are nice, it runs smoothly on my DroidX, the game interface is easy to understand, and there is no goofy music or excessive noise(s) in the game. The villagers work and keep to themselves. 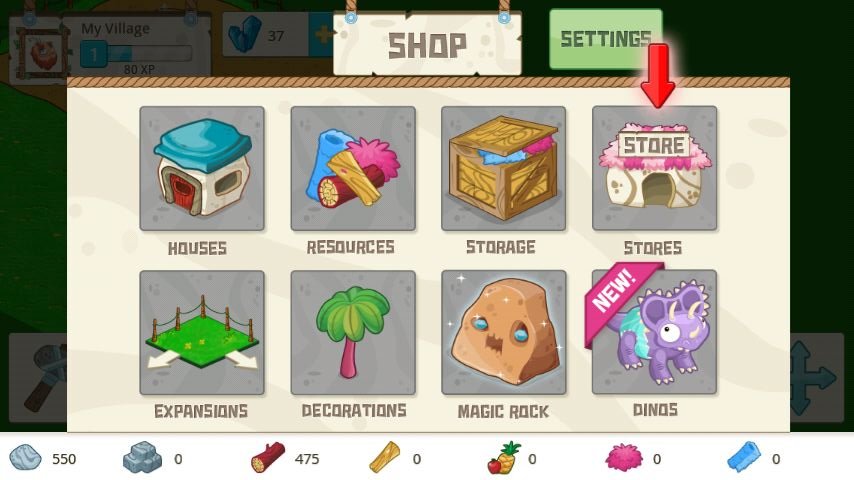 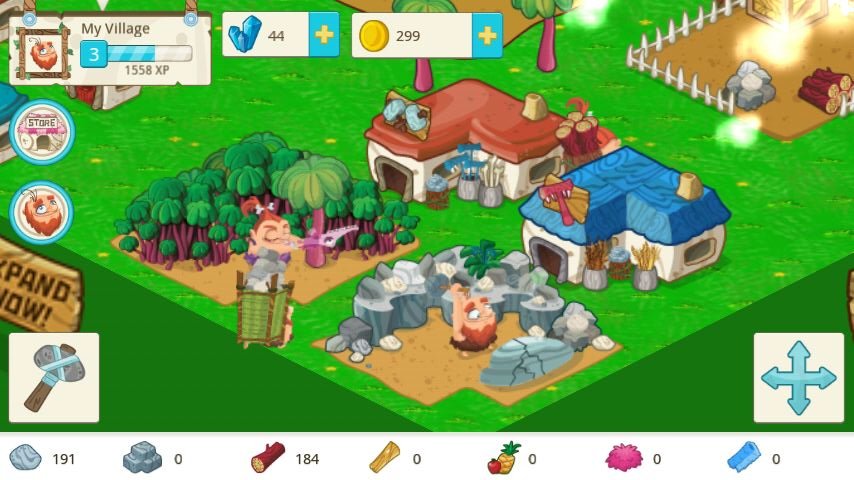 This game appears to be like most building type games that are currently available. It is set in the “stone age” as you can see in the screenshots. The game reminded me of Trade Nations, an iOS game. Overall, I like Tiny Village and am going to continue exploring it. I am interested to see how the game develops over time.

Please note though that while this game is actually a pretty solid title when it comes to sim type of games like this, it does present one major flaw right now, at least for some users. This flaw came from the most recent update (Dec. 10th) where it appears as though your workers stop working once the app is closed. This shouldn’t happen as they are supposed to work even while the game is closed. Hopefully this gets fixed soon.

So if you like building, resource management type games, give Tiny Village a try, as long as you don’t mind putting up with the current bug for a bit until it’s fixed. It is available for free on the Android Market. How far will your village grow?