Like the title of the article states, there is a new emulator which has landed on the Android Market at some point yesterday called NeoDroid by Cpasjuste which, if you can’t tell by the name, is a NeoGeo emulator based off of another emulator called GnGeo.

This particular emulator will let you play all those cool NeoGeo games the majority of us couldn’t afford back in the day because both the console system and the games we so damn expensive. Now they are not that bad price-wise for the most part. When using any emulator though you should always make sure you own a copy of the original game as well. NeoDroid is still a project in the works but it is far along enough to where the developer felt comfortable releasing it onto the Android Market. 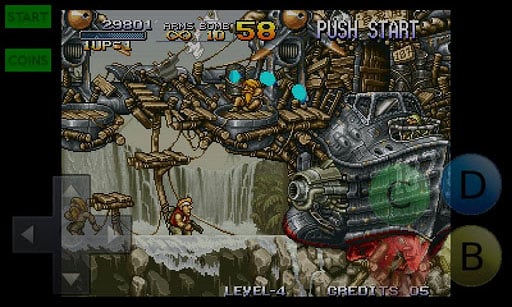 That’s pretty much it. Then you just run your game through the emulator and away you go. While you need a fairly strong Android device to run this emulator at full speed (recommended to have a 1GHz+ processor), you should be able to play around with this on slower devices although you won’t be able to run it at full speed.

So if you are up for a little NeoGeo gaming this week, you might want to try out this new emulator. You can download it off the Android Market for around $2.60.