New RTS game for Android, Rusted Warfare, has a lot of potential

Corroding Games initially appeared on Android with their 2D platformer Box Fox and their bitmap style graphics and unique take on a genre are back with Rusted Warfare. Based on the likes of Chris Taylor’s Supreme Commander and Westwood’s Command & Conquer. It’s available now for Android tablet or phone in alpha and developing by the day.

Finally the RTS fiends among us can enjoy sweet, sweet strategy gaming based on solid games from the vibrant past that has been PC RTS over the years. Reminiscent of Command & Conquer in many ways the player can choose from various forms of combat including land, sea and air with of course varying degrees of importance based on which of the six available maps you are playing. 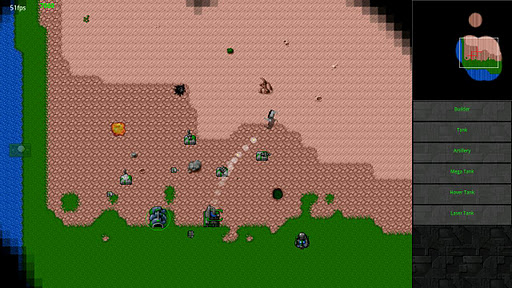 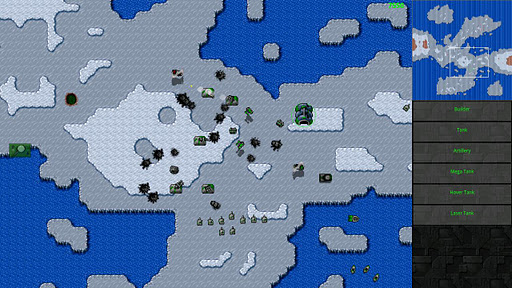 The strategic zoom functionality has been gracefully lifted from Chris Taylor’s Supreme Commander; a 2006 massive RTS that relied heavily on this form of zoom functionality to correctly manage the size and scale of the battlefield. It functions surprisingly well as implemented in Rusted Warfare to control the map, which is also familiarly located in the top right of the build menu for quick reference.

The touchscreen controls manage to overcome the shortcomings of touchscreen user interface and make war intuitive regardless of screen size. Units can be selected traditionally using a box drawn using two fingers, or units can be selected by holding down on one unit and letting a growing circle of control form around that unit. They’re are other methods explained on first play, although the game doesn’t hold your hand through the strategy of the game itself, it assumes some basic knowledge of RTS and we’re perfectly fine with this.

While the battles themselves don’t push the limits of CPU or graphical power in the way those games did, it functioned perfectly on our devices with even the lesser ones from the past showing no issue. The game also effectively manages to use the entire screen of our Xoom without stretching or improper proportions, although at some point we would like to see larger maps to compensate for the larger screen size.

Many things are, of course, still missing from this game as it’s still in its infancy as denoted by its alpha tag on the Android Market description. We’re happy to report that development is moving along as fast as anyone could expect as evidenced by the small but growing forums and user community available on their site.

We’re happy to see games from this genre come to Android devices especially as robust as is showcased by Rusted Warfare. We’ll be happily waiting for Rusted Warfare to leave alpha as well as beta and approach a more review-able state, and we’ll keep you informed on the progression players enjoy.