G-Cluster to come to the U.S. to possibly challenge OnLive

OnLive for Android has been out for a little while now offering up mobile optimized games through their streaming service. Another company, however, looks to be gearing up to enter the U.S. with their cloud-based game streaming service as well.

G-Cluster is a Japanese start-up that is a cloud-gaming service similar to OnLive. G-Cluster is just like OnLive is right now over in Asian with game and HD movie streaming for PC and home theaters. After a new round of funding though, the start-up is set to push into the high-end tablet and smartphone gaming arena to offer up games via the cloud for mobile devices. 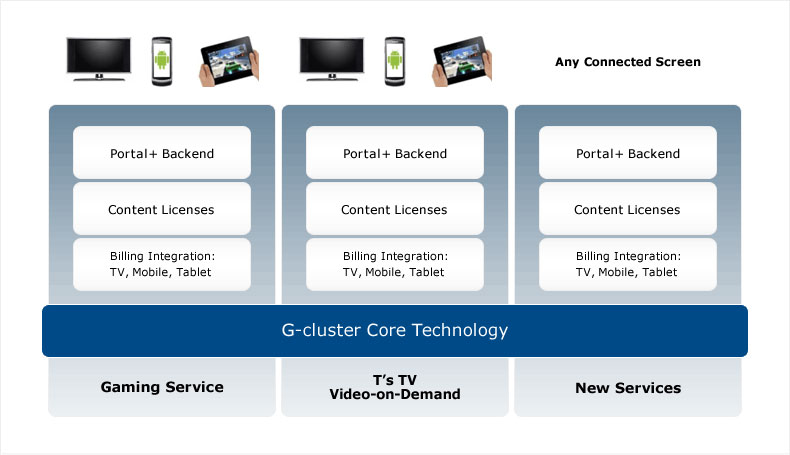 The company has already started to push out into other areas outside of Asian with the service now starting up in France, providing their casual cloud gaming service and movie streaming through the carrier SFR for TVs, set-top boxes and PCs. The real meat of their gaming service, however, is planned to launch in the U.S sometime soon which will directly challenge OnLive’s current offering for Android and iOS.

“We are in discussion with major partners in order to penetrate the US market. The game catalog will be a blend of the best casual games and AAA games.”

Unfortunately details on what partners they are talking to or a list of games slated to be available at launch are not known just yet. While OnLive is enjoying the free reign they have on this segment of the streaming market for mobile, G-Cluster is on the way and are certainly not the only companies developing similar technology. GameStop is also rumored to be developing a similar service as well for Android.