There is a neat little game now available on the Android Market from developers Team Pok Pok called Captain Skyro. As the story goes, you play as the captain of an airship that, after a mutiny on the ship, is forced to walk the plank. However, on your way down you hook onto a cloud to save yourself.

From there it is all about using slingshot mechanics to climb up each stage, dodging enemies while collecting treasure. The goal of the game is to reclaim your ship and become captain of it once more. Captain Skyro is a fun game similar in style to jumping games like Abduction! and Doodle Jump although it actually has stages which end and features a bit more of a controlled gameplay mechanic with moving your character. 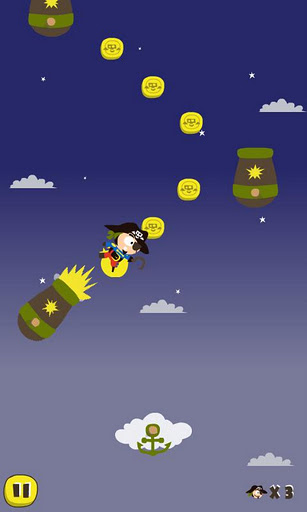 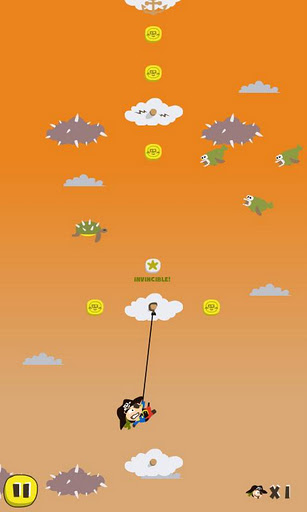 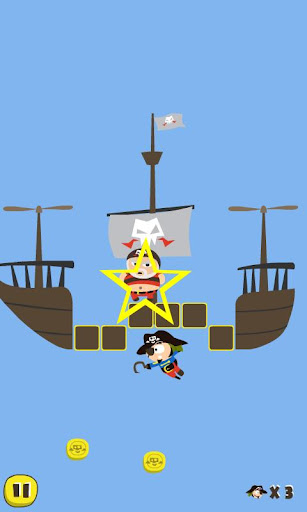 You have free reign as to what direction you slingshot your little captain character, climbing up clouds, platforms or getting blasted out of cannons. There are even boss fights in this game similar in style to Super Mario and how you can kill enemies but hitting the blocks underneath them. There are a total of 40 levels to go through with various challenges to complete.

Captain Skyro does require that you have Adobe AIR installed on your Android device. If you like these fun little jumping games then you might want to try this one out. It can get fairly challenging in the later levels. You can download the game off the Android Market for $0.99.