It’s no secret that Gameloft likes to take liberty with inspiration when it comes to major triple A blockbuster games. Modern Combat, N.O.V.A., Backstab, Gangstar, 9mm, Order and Chaos, should be all familiar to those who own a PC or console for the past five years. This time Gameloft may have outdone themselves with Gameloft Live.

For those that have never signed on Xbox Live, Playstation Network, Games for Windows, or anything made by Sony, Microsoft and Nintendo, will find that most their gaming hardware allows users to create a personal profile. These profiles allow for personal customization and make it easier for you to find and meet new friends. Nintendo first created personal avatar with their Mii’s, Microsoft followed suit with an update allowing players to also create their own avatar. Sony’s Playstation Home joined the fray and also expanded on the idea by letting players to design their home.

So where does leave mobile users looking for some personal avatar customization? Enter Gameloft Live. Gameloft’s creative department must be going on overtime by choosing a name that so simple yet familiar. 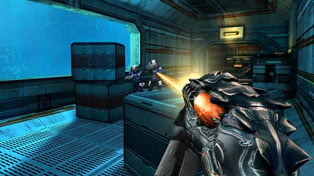 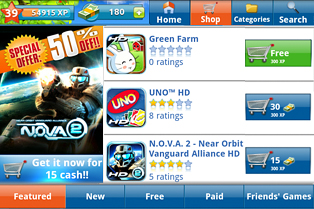 In an exclusive hands-on by Nibletz, Gameloft would be releasing the program for Android users as a soft launch for now. Players will be able to create avatar that suites their taste along with you decorating living spaces so you’ll be able to show off your generic taste for furniture. You can even purchase additional clothing for your virtual self-portrait which includes accessories.

Always stay in touch with your friends! Invite them to games, send messages & chat in real time.
– A rich 3D experience never-before-seen on smartphones! Custom create the avatar & hub for you.
– Build your gamer score and earn XP and virtual Gameloft coins.
– Stay up to date! Access spotlight promotions and details on the latest game titles.
– Get the best games at Special Discounts, only for Gameloft LIVE! members.
– Your favorite titles at your fingertips! View and launch your games from one easy-to-navigate hub.

Aside from customization, you’ll be also to interact and message your friends and see what Gameloft game they’re currently playing. In the decade of Facebook and Twitter, Gameloft hopes that the social aspect of allowing players to share games and matchmaking can be as easy as updating your status. 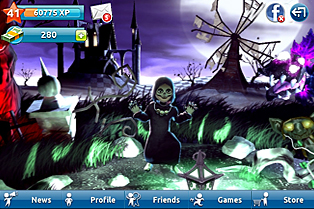 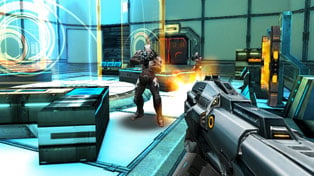 It seems that Gameloft will tie all of their past and future games within this service. Currently, unlocked achievements are only viewable within the confines of that game. However if you’ve signed on to your Gameloft ID account, the achievements are saved and uploaded to Gameloft Live.

Following hot on the heels of their voice communication announcement, Gameloft is building an ecosystem that mirrors what you’ve already come to know and love on your console. Problem is it’s only tied to Gameloft games and we’re willing to bet they won’t open it up to any other game anytime soon, so fans of Open Feint should have nothing to worry about.

The soft launch of the Gameloft Live service begins today so you can head over to the Gameloft store to download the app for free right now.