The enjoyment of flinging fish comes to Android in Saving Yello

A new game has landed on the Android Market from Dreamfab called Saving Yello. This is already quite popular on iOS and now the developers have brought it over to Android as their first game release for our platform.

The main goal of the game is to fling Yello, a goldfish who has gotten out of his bowl, back into his bowl in order to keep him safe and alive. Of course it is always easy said then done and in Saving Yello you will have to fling this poor fish through mountain of building blocks, stuffed animals and more. 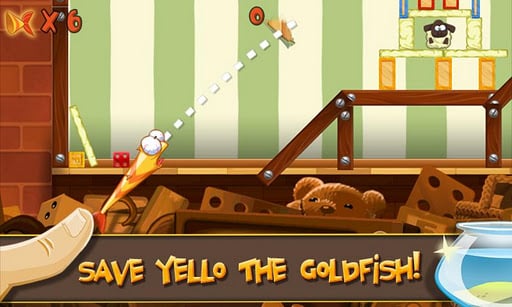 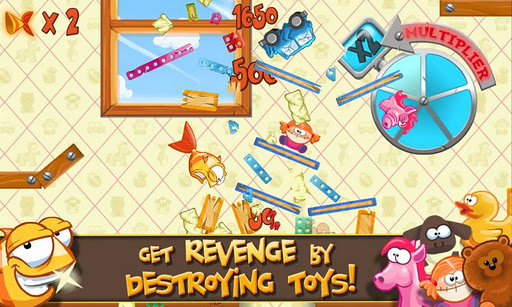 – Awesome Physics-based destruction
– Killer power ups
– OpenFeint
– Play 10 cool levels of the first setting for free
– Unlock the full version for only $0.99 including 50 hazardous levels over 3 settings
– Collect all the stars to enjoy many hours of challenging playtime

You can knock over some obstacles, ricochet your fish off other obstacles, collected certain items for bonus points and more. There is a lot of physics-based game mechanics in this game that are similar to other ones out there. The thing that makes this title different is the goal of getting your fish into the bowl, not knocking down things or killing enemies. 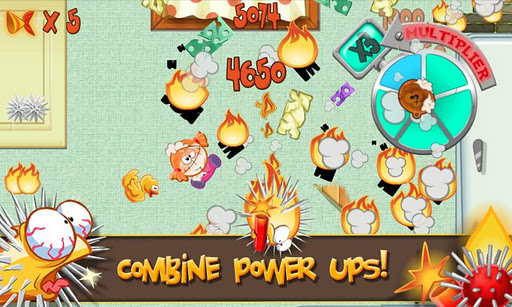 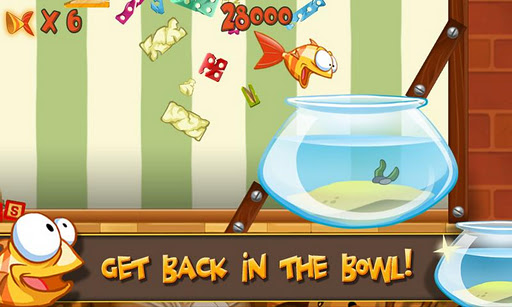 If you are up for trying out a new physics-based puzzle game, head over to the Android Market and give this one a whirl. It’s available for free for the first ten levels to try out. If you want to buy the whole thing after that, you can unlock the rest of the levels (50 in total) through an in-game purchase of $0.99.