There is a great retro-style game on the Android Market that seems, as with all Hidden Gems we write about, to have gone with not a whole lot of notice. The game itself is quite fun and is sort of in the style of a Geometry Wars type of game.

Monad has you controlling a cell with a shield around it using your accelerometer. Packed with plenty of good physics as well, Monad makes you control this cell, moving it around each stage and bumping into other cells similar to yours. The goal is to kill the enemy cells by bumping all the other cells into them. The enemy cells usually take a few good smacks before they die.

There are plenty of different types of enemy cells to deal with, each one unique in how they move and what they do. One other aspect about the game is that you are sort of racing against the clock. Your best bet for survival is to kill all the cells as soon as possible before the next wave arrives and you get overwhelmed by enemy cells. 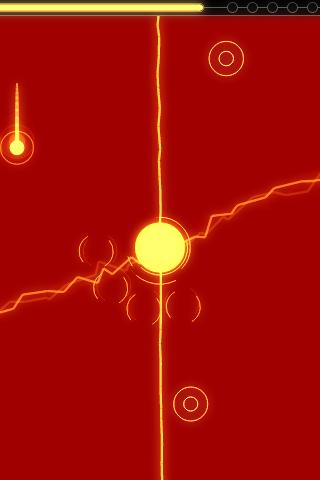 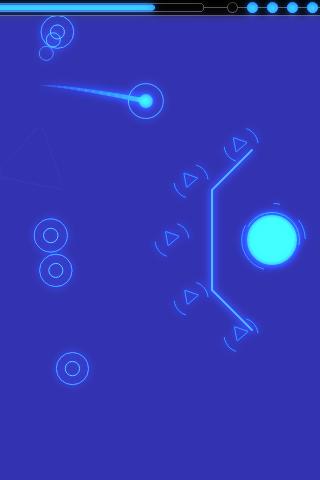 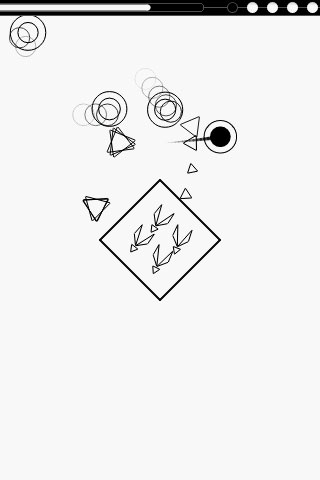 – no on-screen controls – use real-world gravity to move!
– use your environment to battle diverse enemies and fearsome bosses
– warp time itself to get out of danger and strike back
– travel through 30 arcade stages and 6 survival scenarios
– enjoy the crystal clear, abstract graphics and flawless performance on old and new phones alike

While all of the gameplay seems to revolve around gravity, physics and accelerometer controls, you can also warp time to your advantage in-game. This is done by touching the screen which will effect the speed of the game, slowing it down. At one point when the screen was touched, everyone enemy cell on the current stage came after the cell I was controlling like I had offended them. Whether this was a coincidence or a built-in mechanic is unknown. It could be that every time you touch the screen, there is a chance of something unusual happening in-game.

Considering how popular games that are similar to Geometry Wars tend to be, it is surprising that this free game has only garnered 1000-5000 downloads since it’s November 2011 release. Another prime example as to why the Just In section was a good thing to have. If you are up for the challenge, and it does get very challenging, you can grab Monad off of the Android Market right now for free.