Grip Games has brought their ‘auto-runner’ game called One Epic Game over to Android. As an auto-runner, this game comes stuffed with a ton of action for you to enjoy outside of the whole running continuously while tying to live factor.

Originally released onto the Playstation Store in 2011, One Epic Game first came to mobile last month and has done pretty good for itself. The goal of this game is to save the world and you happen to be one touch action hero who can do just that. You will pick your weapon and start running through each level with the sole purpose of killing everything. You will be running, jumping and shooting everything in sight all at once. 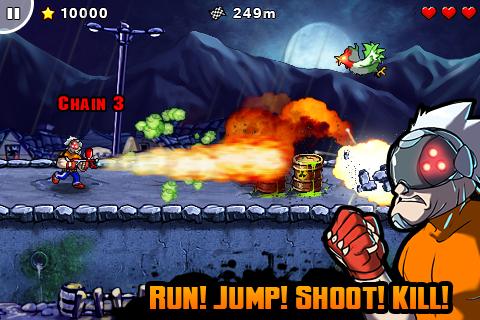 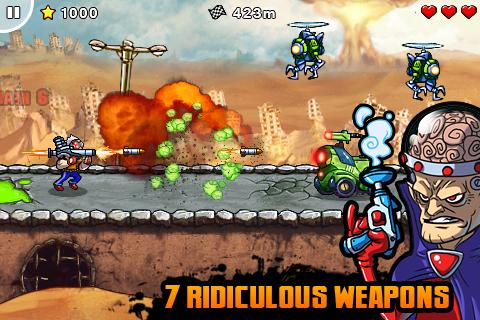 * 5 worlds you have definitely seen before in other games!
* Story mode, challenges and a free run mode!
* Over 30 awards to unlock.
* Great graphics and a pumping soundtrack.
* Tongue-in-cheek story and humor.

Aside from all the action that comes in this game, there is also plenty of humor packed into it as well. It parodies a lot of the typical gaming worlds out there in other games such as Zombie Outbreak and Alien Invasion. The storyline is pretty entertaining as well. One Epic Game also offers seven “Challenges” that require the player to meet specific tasks, like killing only the marked enemies, or not kill any enemies at all. 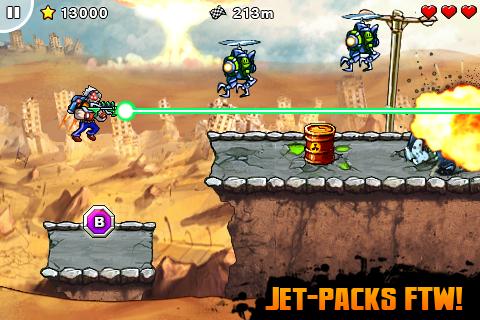 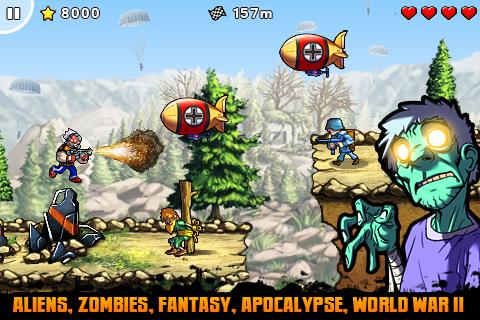 If you are in the mood for some gaming on the lighter side of things, you might want to check this new title out. It is available for download off of the Android Market for free.