As the story goes, you now have in your possession the Magician’s Handbook and for some reason you are called to a rather dark and desolate place. The goal is to find all the enchanted items and use special incantations in order to reveal the pages of the book in order to finally lift the curse from the dark valley that you were called to. 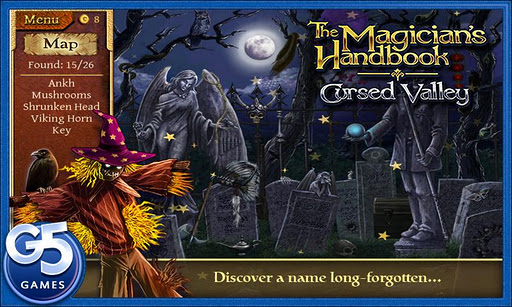 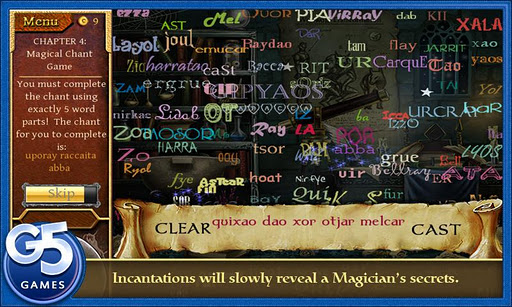 G5 Entertainment usually does a really good job with their hidden objects games, generally including mini-games for you to play, secret stuff to find and usually a good storyline as well. A lot of their games change every time you play them with objects moving from one spot to another each time, always changing things up. 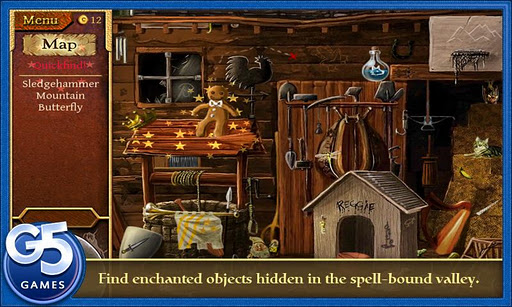 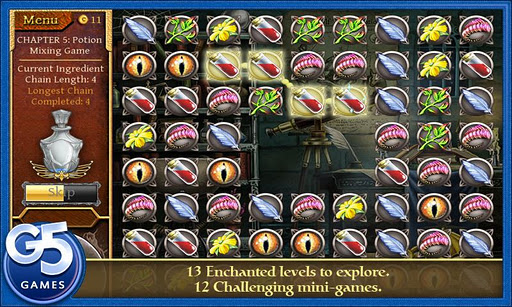 For those of you who are fans of hidden object games, you can nab this new game from G5 Entertainment off of the Android Market for free to try out. You can buy the full version through an in-game purchase should you choose to keep it. It is also available on the Amazon App Store for the Kindle Fire for $4.99.