There is a new Action / RTS game that has arrived onto the Android Market called Legendary Heroes. Developed by Maya, Legendary Heroes has just about all the RTS goodness you could want while wrapping it all up in some nice 3D visuals for your eyes to enjoy.

In Legendary Heroes you will be in control of leveling up various heroes and defending yourself against an onslaught of enemies. Each character has their own unique abilities and as they level up, you can develop your characters as you see fit. 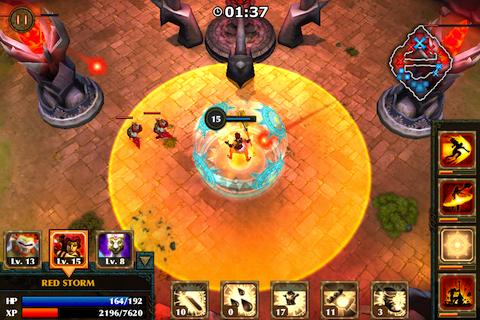 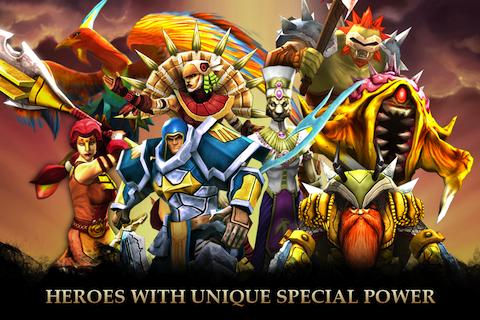 – ACTION REAL-TIME STRATEGY: For the first time on Android, experience an Action Real-Time Strategy(Action RTS) game.
– INTENSE ACTION AND TOUCH CONTROLS: Quick and intense matches with touch controls tailored for Android.
– HEROES WITH UNIQUE SPECIAL POWERS: 4 unique special abilities per character.
– TEAM BASED: Control 3 heroes in the same match.
– KEEP PROGRESS ACROSS MATCHES: Keep the leveling progress of each Hero across matches and develop as many of them as you want.
– HOURS OF GAME PLAY IN CAMPAIGN MODE: Thirty maps providing unique challenges for all players – beginners or veterans.
– BOOST YOUR TEAM WITH POWER UPS: Use power ups to improve your characters, make them faster, stronger or tougher.

There are a couple of different game modes to play which is Team Based where you control three heroes in one match. Campaign Mode is just as it sounds where you will go through thirty different maps, leveling up your hero while fighting off enemies. 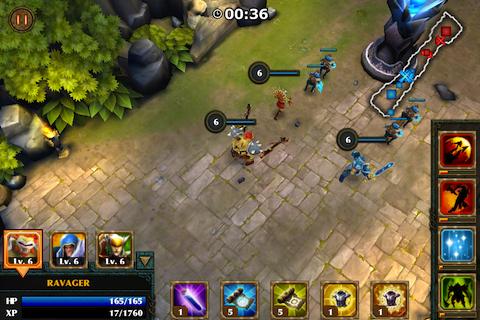 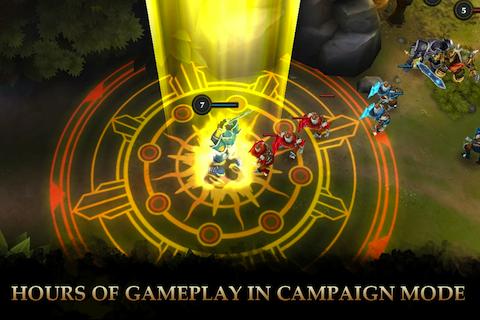 Overall Legendary Heroes is a pretty entertaining game and actually plays a lot like DOTA or other similar games which, if you’ve played any of those games is rather fun to play. If you are interested in testing out this game you can do so by downloading it for free off of the Android Market.

One thing to note: There is a lot of freemium items in this game, keep that in mind. Hopefully this title will receive multiplayer to make the freemium aspect worth it.