Atomicom puts up their newest title, House of Golf, onto Appbackr for crowdfunding

Appbackr happens to be one of the major crowdfunding sites we watch when doing our weekly round-up for Android games looking for funds for the public. It works a little differently than other sites in that instead of getting rewards for funding a game, like on Kickstarter, you actually make a profit on your investment instead.

Our friends over at Atomicom, developers of Bang Bang Racing THD and Switch, have let us know that they have put up their latest project on Appbackr at their first shot at getting something crowdfunded. This new game they are working on is called House of Golf which is a 3D golfing game with a unique mix of crazy golf crossed with Micromachines. As you may have guessed, the golfing takes place in various locations around a house. 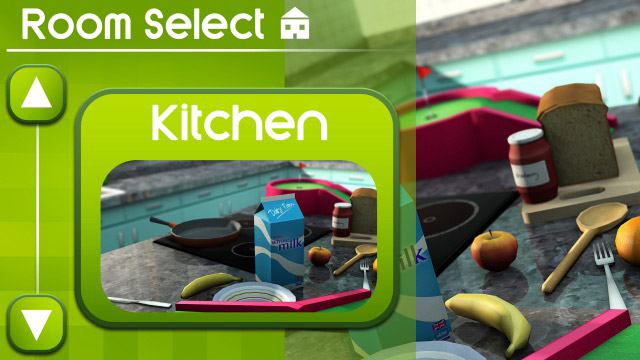 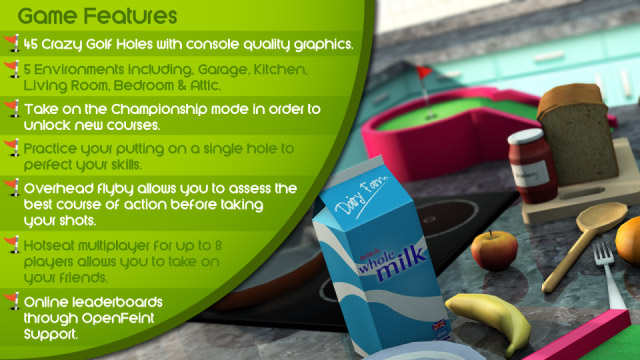 – 45 Crazy Golf Holes with console quality graphics.
– 5 Environments including, Garage, Kitchen, Living Room, Bedroom & Attic.
– Take on the Championship mode in order to unlock new courses.
– Practice your putting on a single hole to perfect your skills.
– Overhead flyby allows you to assess the best course of action before taking your shots.
– Hotseat multiplayer for up to 8 Players allows you to take on your friends.
– Online leaderboards an achievements.

The great thing though is that Atomicom already has the game about 80% done and is using the crowdfunding to help refine the game a bit more before release. The fact it is almost done means that the release should be soon and that waiting for a return on your investment won’t be that long at all. The game itself looks pretty fun so it should be well received on both iOS and Android when it is launched.

Atomicom hopes to raise at least $4500 with a finishing goal of $157,500. If you are interested in investing in House of Golf, you can hit up the link below to go to their funding page over on Appbackr. Ever unit of 100 you buy (this means when 100 people buy the game) will cost you $105 which will earn you $162 when everything is said and done.