Back in the beginning of February we spotted the newest release from Kairosoft on the Android Market called RPG Story. At the time it was only release din Japanese but we made a prediction that this would be the next title to be released in English on Android, and we were right.

While RPG Story got a slight name change when brought over to English (it’s now called Dungeon Village), it still comes with all of the great features we went over back in our original post except now we know a lot more about the game thanks to it’s English description. Rolling onto the market in true retro fashion, Dungeon Village has you once again building something like their previous games except this time it is a fantasy village. 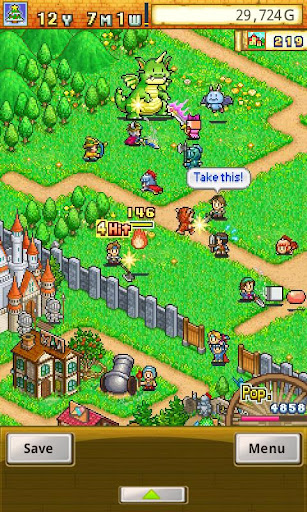 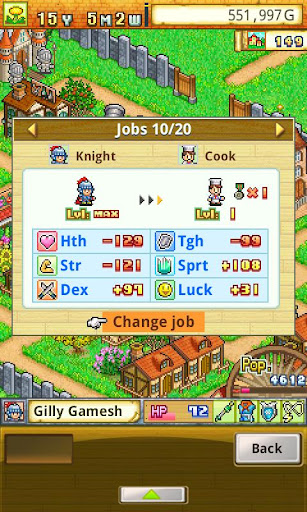 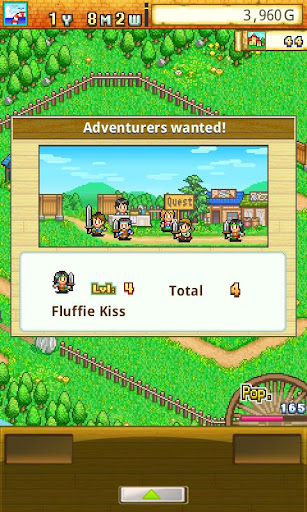 As your city grows, adventures will stop by, defeating monsters and earning you cash. However, Dungeon Village as plenty of RPG mechanics as well with your heroes defeating dungeons and hordes of monsters, stocking up your shops with inventory from them. The bigger your city grows, the more adventures will build a home and settle in. There are also trailing facilities you can build for both combat and magic. As more heroes show up and get stronger, so do the monsters. 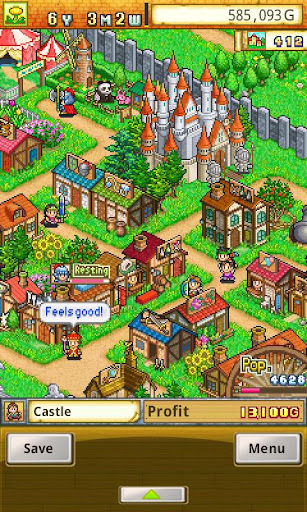 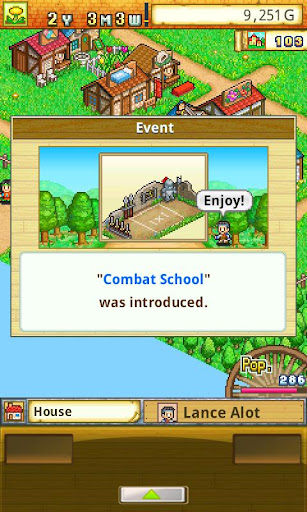 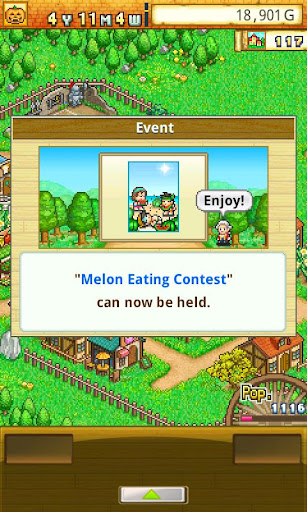 One really neat feature though is the new ‘Cauldron’ feature which is essentially an alchemy game in itself. Throw in items you get from quests and mobs, along with some armor, and you may end up getting buffs on your gear. As to what the formulas are, it is all trial and error on your part.

So if you are up for a little RPG/Sim action this weekend, and don’t plan to be productive in any other sort of fashion, then you can jump on over to the Android Market and pick up Dungeon Village for $4.99.