Welcome to another addition of Minecraft:  Pocket Edition Modding 101. In this part we will be going over how you can access all the blocks currently unavailable to you in Minecraft: Pocket Edition even though they are actually in the game itself. 95% of these blocks are functioning as well including the mystical TNT which will explode and cause damage.

This particular mod is actually the easiest to do, more so than even importing custom maps into Minecraft: Pocket Edition which we covered in the first part of this series. Before anyone mentions it, I know I said we would cover importing texture packs into Minecraft:PE next but it’s the weekend so using less brain power is a good thing. For this to work you do not need root. With that said, let’s jump right into it. This should take less then 2 minutes to do. 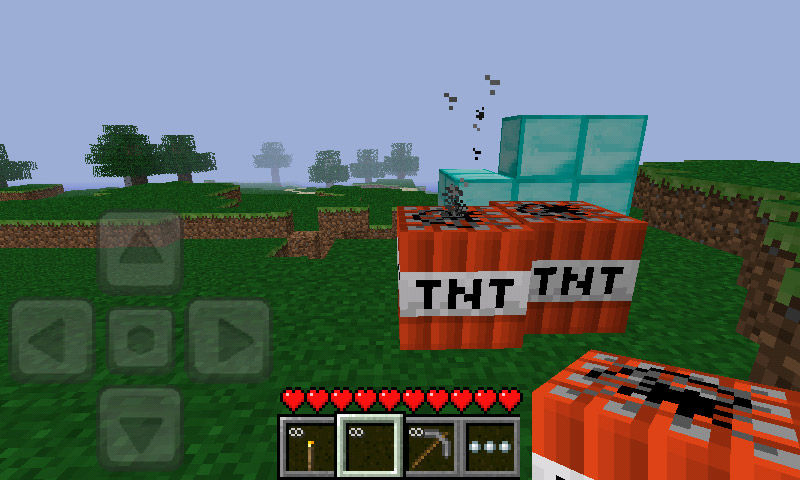 1) Create a new Survival world in Minecraft:PE. Name it whatever you want, it doesn’t matter. If you already have a Survival map on the go you can just use that one.

2) Place any type of block you want in the first slot in your toolbar. For this example I’m using dirt but it can be any block.

3) Close down Minecraft:PE. I tend to also force close it in the Manage Application section in the setting just to be sure. You probably don’t need to do that though but I just like to make sure it is completely shutdown.

4) Download a Hex Editor for Android. I am using HexEditor from Fuba

5) Once you have that installed, open it up and navigate to /sdcard/games/com.mojang/minecraftWorlds/YOURNEWWORLDSNAME where it says YOURNEWWORLDSNAME is the name of the Survival map you want to add blocks to. Press on the level.dat file to open it for editing.

6) Press the Search button on your phone and search for the Hex value of the block you want to switch out. In my case, since I’m using Dirt I would search for 03. You can find all the values of all the blocks in Minecraft:PE over here on the Minecraft Wiki. Hit okay after typing in the value you want to find. 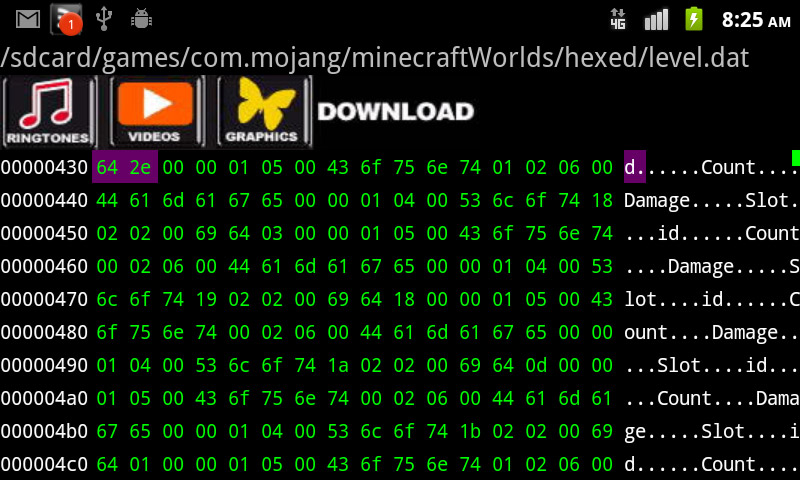 7) It should highlight the value in the list of strings. Single tap on the 03 (just the 03) that is highlighter to edit it and change the value to the block you want. For this example I’m using TNT which is 2E. Hit okay when done.

8) Press the settings button on your phone to bring up the hidden menu in the HexEditor and save the file.

9) Restart Minecraft:PE, go to your world, place a lot of TNT, press on it again for about a second to ignite it and watch it all explode! 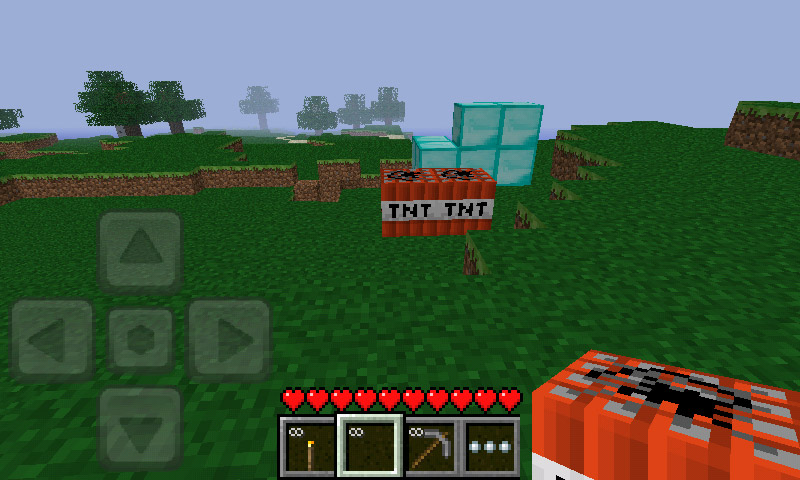 That is all there is to it. You can replace blocks in Minecraft:PE with any of the ones listed in the Minecraft Wiki linked above. If you need a specific block back, just repeat all the steps but replace the original value. So if I wanted dirt, I’d search for 2E in the HexEditor and replace it with 03. One last thing to note, the icon won’t actually show up in your toolbar half the time but even though it is invisible, it is there.

Credit for this goes over to marc on the Minecraft forums which is where I learned this from. He also has a tutorial in the same thread for changing out texture packs if you are interested in it. It’s a bit rough of a tutorial though. We will be doing texture packs next, expect that to arrive either tomorrow or Monday.