Gameloft slips out a zombie game of their own called Zombiewood

Continuing on with news relating to zombies, Gameloft has published a new game as well that deals with the joy of mowing down a plethora of zombies called Zombiewood. While going over to their Android section of their store won’t reveal it, there is a way to nab it already.

Not just a running around and shooting zombies type of game, there are 13 maps with a total of 68 missions for you to complete, all while mowing said zombies down, collecting bigger and badder weapons and occasionally saving someone’s life. 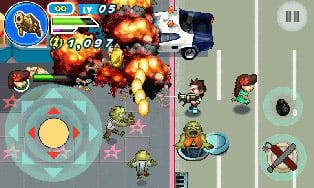 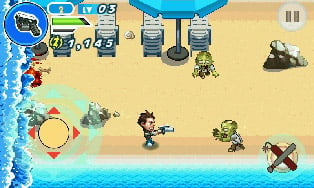 – Run and gun as you shred through waves of zombies that get progressively harder to put down.
– Become the ultimate survivor! Power-up your hero with more destructive weapons and cool gear.
– Enter a hilarious journey with cartoonish characters and environments inspired by Hollywood hits.
– Unleash the fury with a huge arsenal including dynamite, flamethrowers, shotguns and more.
– Discover 13 maps and 68 missions to complete on foot or while driving crazy vehicles.
– High-octane action with auto-aim and continuous fire for maximum damage.

Before diving into this game any further we do have to mention that this looks pretty much like a Java port of an older game and most likely is exactly that. With that said, it still looks like a fair bit of fun, especially if you are just looking for some mindless zombie killing action. 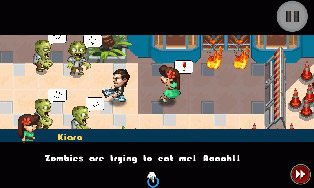 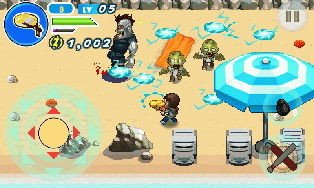 In order to find this game you need to access your WAP Gameloft store and it should be listed there. If it is not, you can also look it up by heading to the Gameloft Store website, finding Zombiewood and plugging in your device’s manufacturer in the bottom pull-down. It is available for a fair amount of devices and will set you back $2.99. No word on when this will hit the Android Market if at all.