Battling for Your Life on Mars – Meltdown on Mars THD Review

You are the last survivor on Mars – can you survive? Meltdown on Mars THD is a relatively new game for Tegra 2 Android tablets and a very good one at that. The game is simple – survive at all costs. This top down shooter is an interesting combination of a 3rd person shooter and tower defense.

You start the game off with just a blaster. As you kill the enemy (which remind me of flies and roaches!) you earn money which you can be spent on upgrades in the workshop after each wave is finished. As the levels progress, the enemy gets harder so you will need more firepower.

There is no real story line. You are the last survivor on the Mars Colony and need to survive. I have not yet made it to the end of the game so not sure if backup arrives or not. The graphics are well done and it looks great on my ASUS Transformer but I do find it curious that there are palm trees and a tropical looking environment on Mars. Maybe we are indoors?  But hey it is a game! 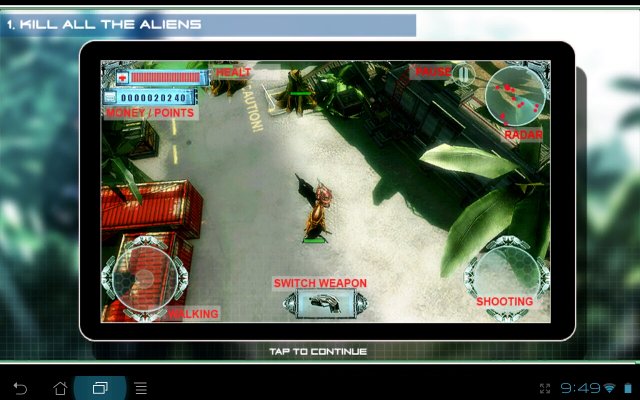 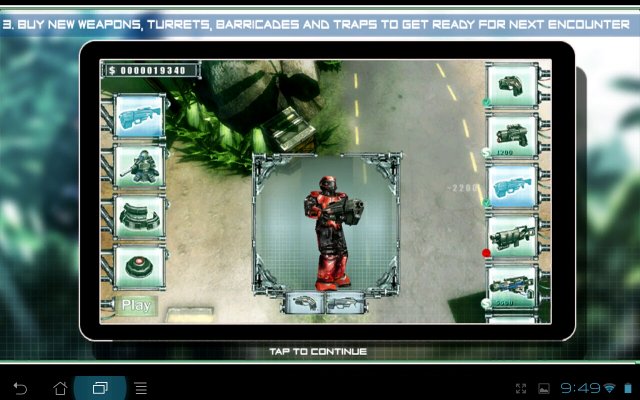 This is a great game for those who like shooting tons of aliens and want a bit of tower defense thrown in. The on screen controls are pretty simple and I did not have any troubles with them. The game does have some really cool background music too! Overall I have enjoyed playing the game but I cannot seem to get past certain levels, so my future on Mars is limited! There are some objectives within each wave but in general all you have to do kill off the approaching enemies before they get you. You do have the ability to save up to 4 games. 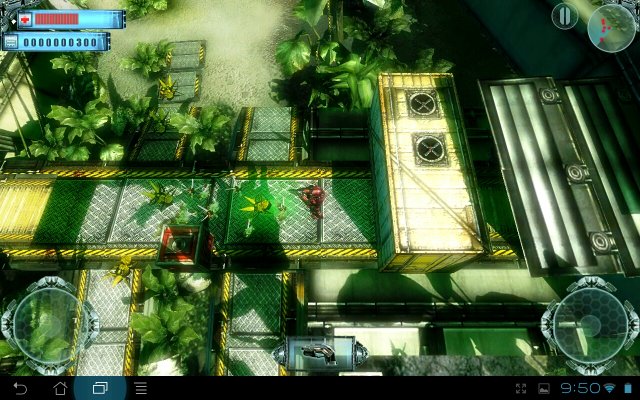 The game is currently only available on Tegra-based tablets but the developer has indicated that it will be coming to Tegra phones in the near future. Overall it is a nice game and will provide you will a good bit of killing alien action.