As part of our extended GDC 2012 coverage, we ran into the fine folks from LunarG who have developed an SDK that will let Android game developers add features to their games that will let players record and share in-game recordings just by installing a free SDK. Best part is, you won’t need root as a player.

SeeMeGaming will let players record gameplay footage as they are playing the game, Once you’ve managed to record a clip or footage of, as an example, mowing down a bunch of people in Modern Combat 3 without dieing, you can then upload that footage to your YouTube channel, Facebook and other social media outlets to share. This is all right from your Android device. No root needed, no connecting to your PC first or anything like that. 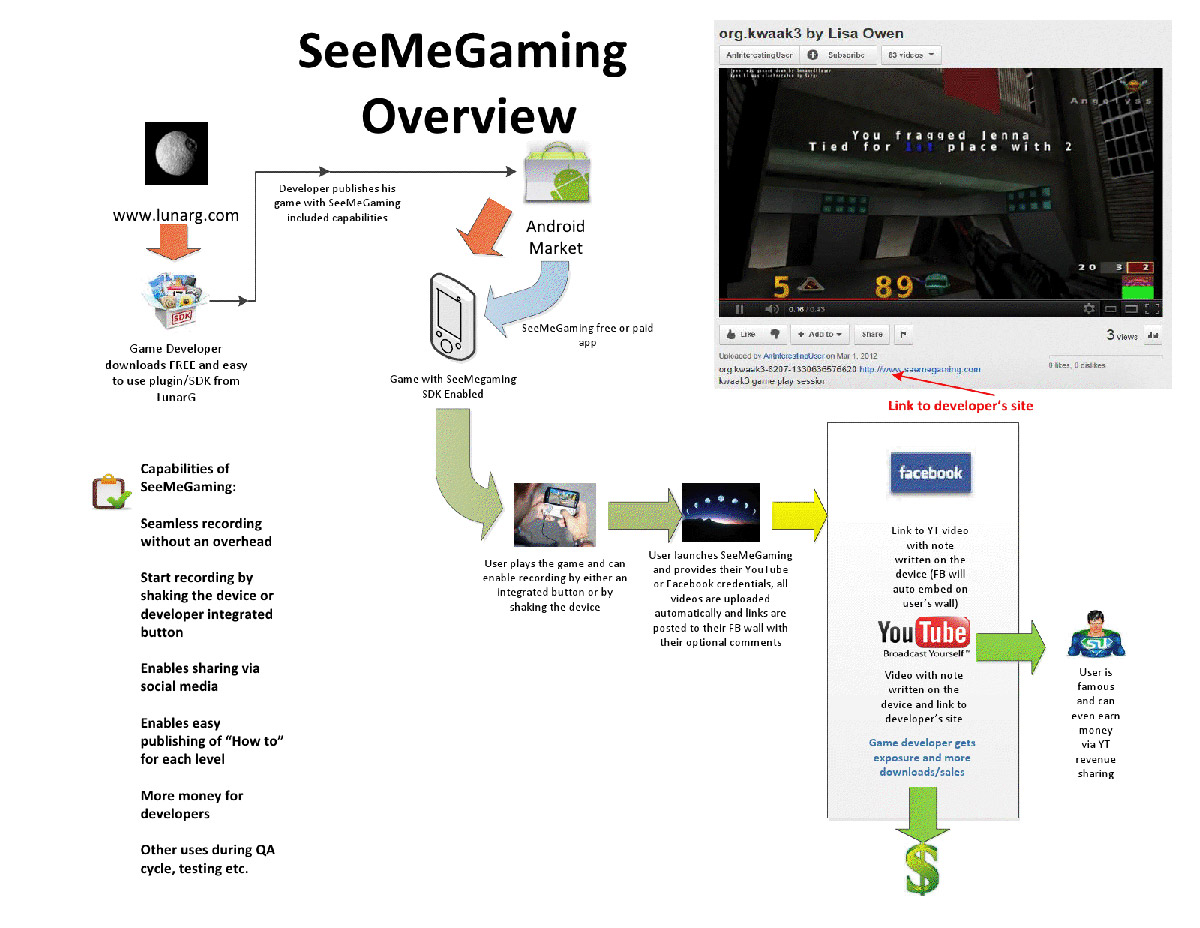 The free SDK for developers will allow for continuous game video capturing with the following features:

– Enabled in the background from the start of the game
– Uses OpenGL capture instead of video frame capture resulting in a very low overhead
– Gamers don’t have to anticipate when interesting moments will happen
– After gamer presses a button SeeMeGaming “goes back in time” and saves last 30,60 or 90 seconds (configurable by game developer) into a file
– Later gamer can replay those files on the device and share them via 1 click to social networks (YouTube & Facebook), each post has a link to developer’s web (configurable by game developer)

Obviously for the hardcore gamer or as someone who likes to record gameplay footage for whatever reason, being able to continuously capture video footage and upload it with one click is a nice bonus. For developers, more features usually means a better gaming experience.

If you are interested in trying this out you can download the free SDK from the LunarG site, linked below. There is also plenty of documentation on how to install the SDK into your games on the site. To see it in action, check out the video below.