Sharp has come out to showcase their new Evangelion Android phone which, for what we see in the photos, is extremely drool worthy, especial for those of you who are fans of the anime. This particular device is apparently to coincide with the release of the upcoming Neon Genesis Evangelion movie.

As with any good promotional item, even if it is a high-end Android phone, you have to do it right and Sharp, who has apparently teamed up with NTT DoCoMo, didn’t pull any punches with this device. Forget a simple sticker or case for the outer shell of the phone that is to be branded. The plastic is molded and painted to look like a futuristic phone, complete with NERV logo on the back (military organization in the cartoon) and the buttons on the front are even made to match the entire device and the Evangelion theme. 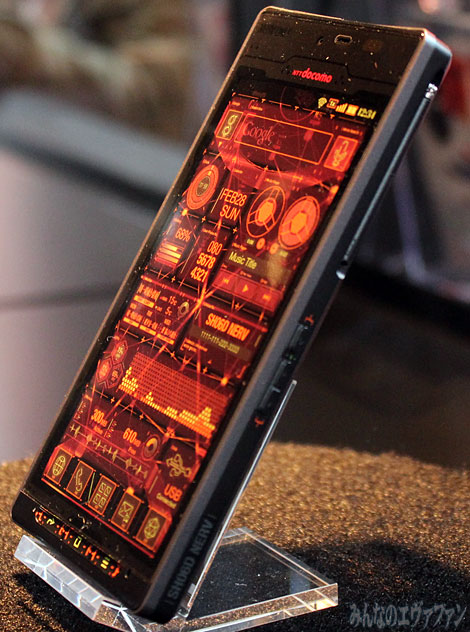 To further provide drool worthiness to this heavily modified AQUOS SH-06D, the user interface is completely done in the same theme with a sort of see through style to it with circuitry and other small details included in the entire UI. If you like very busy UIs then you will dribble all over yourself looking at this one. Even the widget blend right into the UI. If you like it simple, you can still appreciate the work that went into this. 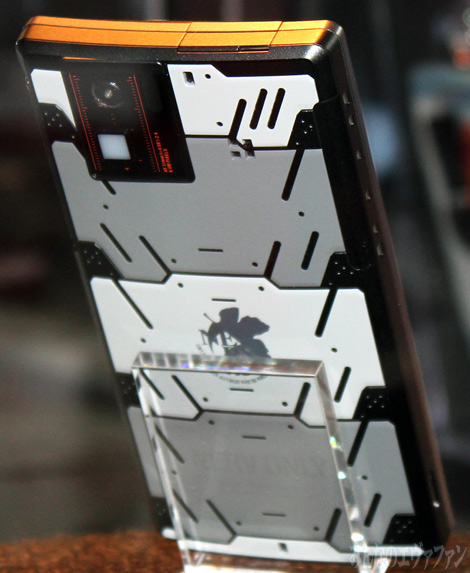 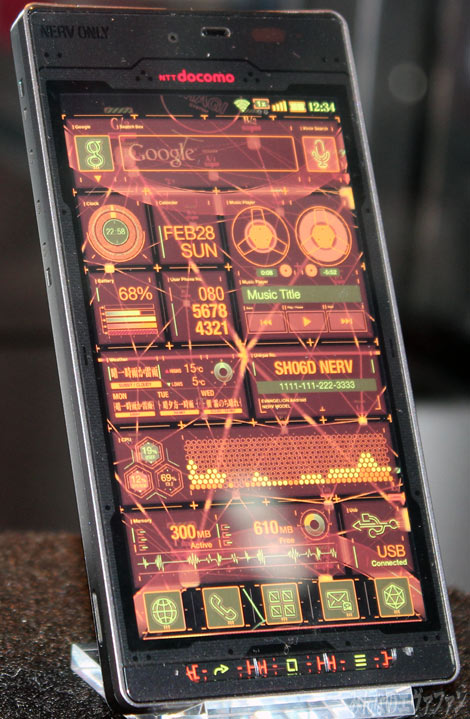 As for the device itself, it comes with an 1.2GHz dual-core chipset, Android 2.3, 4.5″ 720p display along with the storage and RAM you would expect a high-end phone to come with. Unfortunately, there is no confirmation as to when this device will be released in Japan or whether we even have a slim chance of having it released here. We can always pray though.