Back in mid-March we talked about Fox Entertainment and Gameloft teaming up to bring an Ice Age themed game to Android called Ice Age Village. This is to bring up a bit of Ice Age hype as the new Ice Age movie is slated for release this Summer in theaters.

Ice Age Village is a blend of a few gaming genres but is mostly a city building game at its core. Even though it is a city building game, there are plenty of other things you will have to do including quests, side missions, mini-games and additional daily challenges. 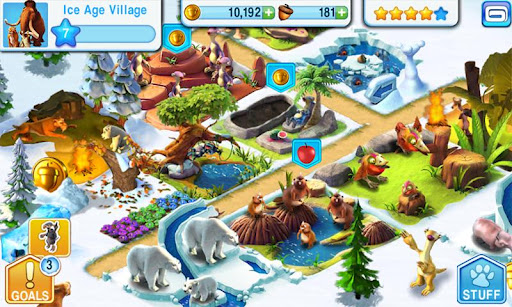 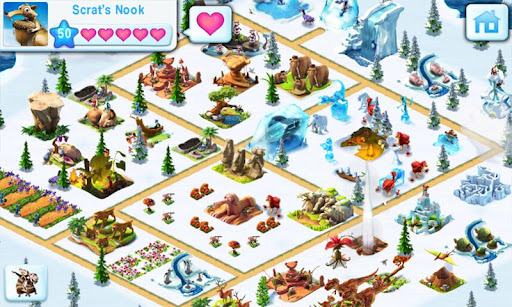 – Immerse yourself in the unique world of Ice Age and interact with all of your favorite characters as they lead you on quests and missions
– Play mini-games featuring Scrat, everyone’s favorite saber-toothed squirrel
– Build the most beautiful village for all the creatures of the Ice Age world
– Level-up to gain access to new animal species, cool buildings, unique decorations and much more
– Funny quests, side missions and additional daily challenges keep your village bustling with activity
– Invite your friends from Gameloft LIVE! & Facebook to play
– Visit all of your friends’ villages – “Like it,” take care of it and get rewarded for lending a hand
– Frequent updates will include new characters, buildings, quests and mini-games
– You might even receive exclusive sneak peeks of the new film, Ice Age: Continental Drift, in theaters this summer

Interestingly enough, all the main characters from the movies will be in the game and you will be interacting with them on an ongoing basis while you build your village and complete quests. As you level up you will gain access to even more content, building, animals and more. 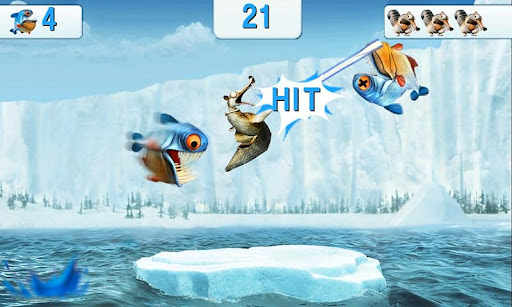 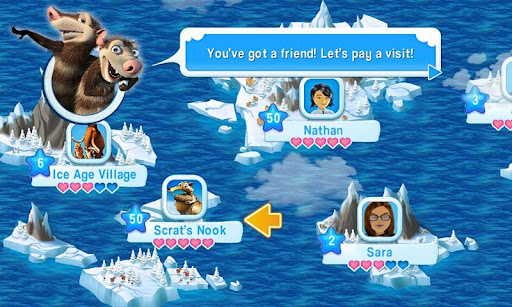 If you have been waiting for this game since we reported on it, or just happen to be a fan of Ice Age, then you may want to grab it now that it is out. Of course, as we mentioned, all Gameloft games released this year will be free-to-play and support in-game purchases so you will be able to download Ice Age Village off of the Google Play Store for free.