The popular PC action-strategy game Demolition Inc by Zeroscale Games is now available for Tegra-based Android devices. This game is all about creating as much destruction and chaos as you possibly can which is always a fun theme to have for a game.

In Demolition Inc THD, you will be in control of Mike and his UFO, flying around to different cities on Earth and unleashing as much chaos and destruction as you can. You have plenty of tools and weapons at your disposal which will allow you to do things such as make cars drive into tower blocks and make them collapse; make high-rises fall onto other high-rises, use exploding cows which make whole streets of houses come crashing down. 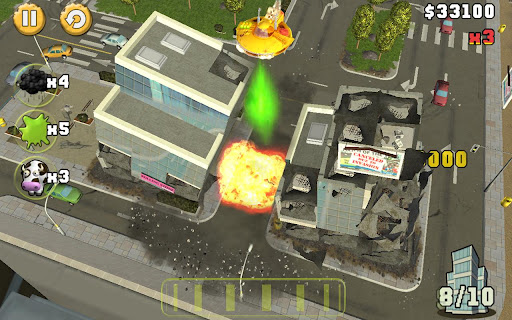 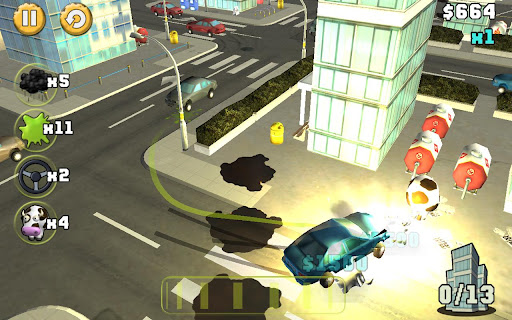 – Ground-breaking technology – Car and building physics is fully simulated. Everything is destructible and nothing is pre-animated. No game round is like another.
– Combining action and strategy – Use the endless possibilities of combining your tools and weapons to make devastating chain reactions. Only this way can you manage to tear down whole cities!
– Tools and Weapons – Use you tractor beam to take control of cars, place anti-gravity ramps to maximize damage, use the huge wrecking ball to clear your path.
– Improve your skills on the way and unlock breathtaking and crazy new tools and weapons!
– Exciting levels – 6 cities and 30 districts are waiting to be demolished by you and led to their fate!
– Campaign mode – Fulfill your mission and destroy one city after another. By cunning use of your tools and weapons you will turn district after district into rubble!
– Rampage mode – Limitless destruction. Unleash mayhem with all your tools and weapons you have unlocked. The level is your playground and you experience new breathtaking scenes of destruction over and over again.
– Online high scores – Compare your skills with those of your friends and the world-wide OpenFeint community.
– Tegra version – The Tegra version (THD) offers Controller support, weather effects and 3 exclusive levels.

The really interesting part about this game is that everything is 100% physics based. This means that nothing is pre-determined so when you knock over a building, it won’t fall or damage other structures in a pre-determined way. It will, instead, fall depending on how you hit it, the angle it falls, the momentum and how much damage it causes are all figured out on the go. 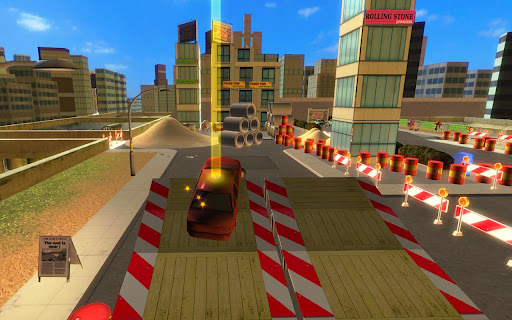 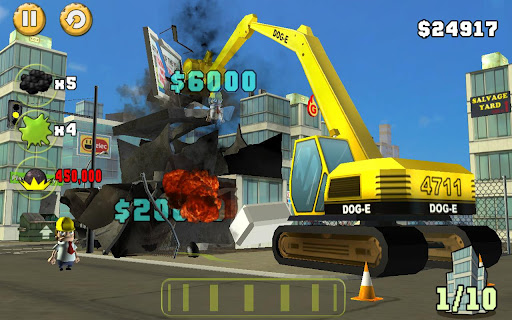 If you are up for some pure destructive entertainment and not already working away at all the RPG titles already released on Android today, then you might want to check this game out. You can nab it through Tegra Zone or off of the Google Play store for $3.99. There will be a non-Tegra version arriving after April 26th.