Chief Wonka: Our app explorations over the years have taught us numerous lessons and I think demonstrate ways to stand out from the crowd.

During the early stages of Whale Trail creation it dawned on us that we could in conjunction make noise in both the music and app world by collaborating with Gruff.

He has always been keen to do new things and the game was right up his street. So we hired a studio and he brought in a load of kids’ musical instrument toys and Whale Trail ‘the single’ was born.

There was a lot of interest in the collaboration, with much of the music press seeing it as a game to accompany the song, which we were more than happy to feed to them. They work so well together, each one inspired the other. What’s been especially good is that Gruffs reputation adds a kudos to the game, and I find it hard to imagine the game without his sprinkle of psychedelia…

The song is regularly played on radio, in shops and is available on YouTube and iTunes. The video has had more than 160k views and I’m sure a small proportion of those have helped sell the game.

Chris Joyce: Whale Trail is currently undergoing a revamp slated for release later this month, for those who haven’t seen the images you’ve shared on Twitter what can we expect to see?

Chief Wonka: We went back to the drawing board and dove deep into the blue waters to understand why Whale Trail wasn’t quite able to take off. We had made a wonderful experience but there wasn’t enough ‘replay’ value in the current game. The new challenge levels added in iteration release two and three helped, but we needed more. Much more!

We’ve changed the scoring system and are now rewarding the user with a new currency we call Krill that they earn by collecting blubbles and traveling further through the rainbow kingdoms. Players can then use this currency to unlock new powers, new utilities, new costumes, wallpapers and new characters. The game is so much better. Players are now in full control of their destiny and each play rewards them.

Chris Joyce: The new powers coming to Whale Trail look as if they’ll buff Willow up a little a bit. Will these buffs be available by purchase only? Is this fair on those people who have already purchased the app? 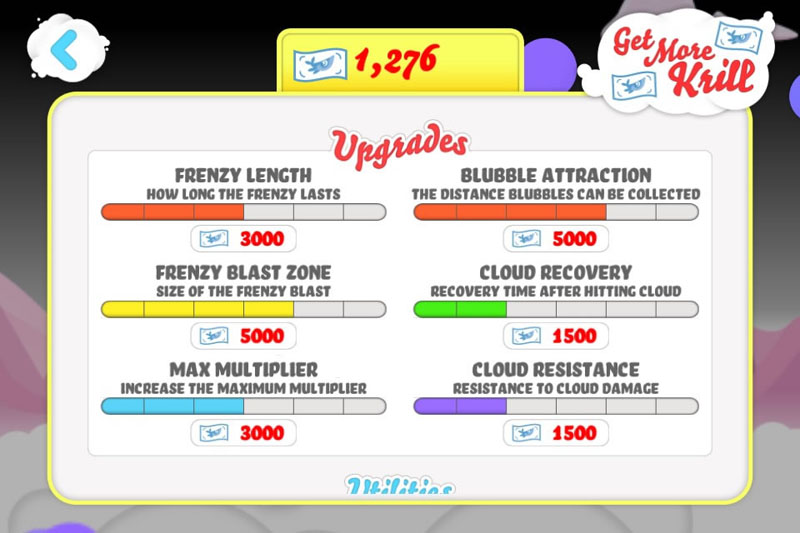 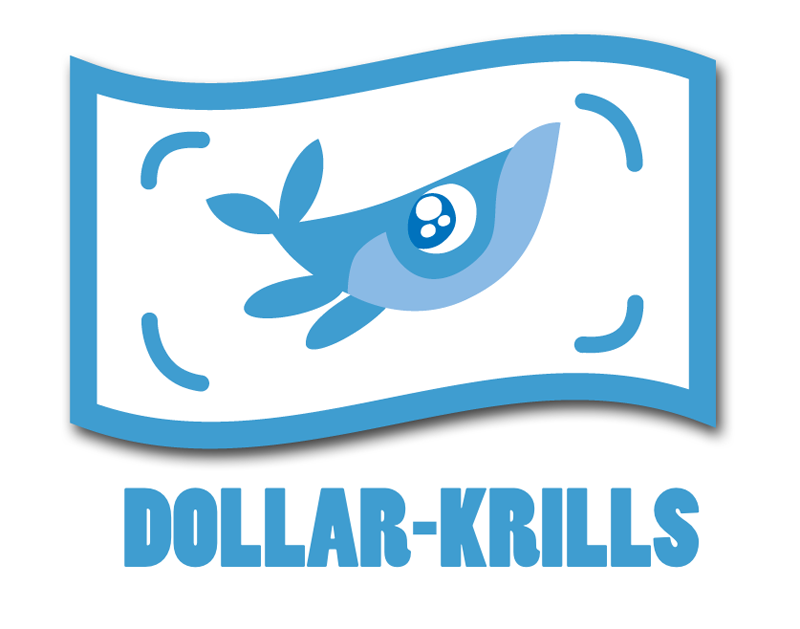 Chief Wonka: We will allow those that don’t have time to invest in the journey to unlock characters etc through the purchase of Krill with real $$$$. But those that have the time and dedication to be a record breaker will earn Krill through joyful gameplay. Nobody needs to spend, it’s all about users weighing up what they want and need from the game. If you don’t have the time, then you can spend. It really is the best of both worlds. For those that have already purchased the game, we’ll be rewarding them with a bag of Krill on their update, like finding a bag of candy that is so sweet, yet so sticky.

Chris Joyce: I mention Willow in the previous question but it seems we will also be able to play as other whales and Gruff Rhys himself at a low cost. 5p each at the £2.49 bundle or 69p at the lowest Krill purchase. You’re the expert and co-owner of ustwo™ here but I feel the differentiation in the prices a bit severe?

Chief Wonka: The prices you see there were just place holders, as no balancing has been done at this stage. My eagerness to share means many people see designs that are strictly work in progress.

We’re very excited to bring some of Willows friends into the game and they all come with new voices, new trails and bring two shower a day freshness to the players game.

We even have a super limited edition Gruff character for those who want to be in the elite club. 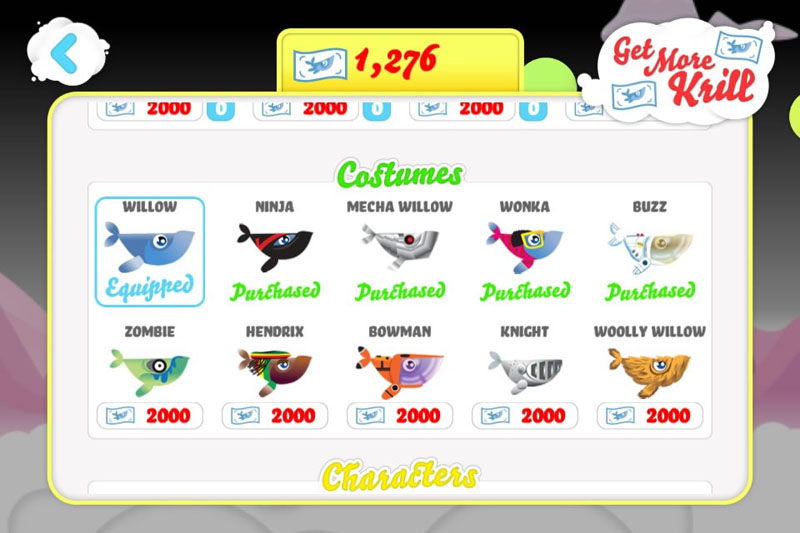 Chris Joyce: My high score is a paltry 241,341, I love the game but even after hours of gameplay I’m playing as if I’m wearing oven gloves. What’s your high score and have you got any tips for me?

Chief Wonka: I very rarely play games or use apps beyond a few clicks. I’m looking at them from a different perspective and unable to view them as pure pleasure givers. In terms of Whale Trail I’ve been testing and playing so much in beta that I’ve yet to actually sit down and play properly. You just don’t touch.

Chris Joyce: In news that was quite shocking to me Penguin acquired the publishing rights for Whale Trail, will these stories be similar to Willow’s story and what demographic will the books and digi-books be aimed at?

Chief Wonka: We sold the digital and physical story rights to them. They are best in show and know how to tell stories. We will be telling the back-story of the Baron, and how Willow and co. came to be. It proved to us that we had something special and that we were right to continue developing the app. All in all we have spent around £300,000 of man hour costs on it, a number I’m very confident we can recoup when the new version hits.

Chris Joyce: In an interview for another website you stated it’d be unfair to compare the Android market and iOS market as Apple had given you some heavy marketing, now Android has given you the same courtesy could we have a break up of numbers?

Chris Joyce: After the upcoming updates what’s in store for Whale Trail? Will we get to see a tear jerking story that transforms Baron Von Barry from a loving creature to something that likes to assault whales? Perhaps new whales will bring different ways to play?

Chief Wonka: It will all depend on how the new Whale Trail is received by the world. If they support it, we will develop it more. If they hate it, we will probably go back to our day jobs.

In short you could say that Whale Trail is hoping to emulate the success of Imangi Studios’ Temple Run, Temple Run was actually a paid app at first and didn’t reach the stratosphere in terms of money made and downloads until it turned to the freemium model.

Thank you Chief Wonka and the rest of the ustwo™ team for your time and best of luck with the future of Whale Trail.