Garfield, the lasagna loving Odie kicking cat has arrived on Android in his first official game called Garfield Defense: Attack of the Food Invaders. As you may have guessed from the name, this is a defense style game blending elements of tower defense and siege warfare gaming into one title.

Aliens, who happen to look like weird meatballs, have invaded Jon Arbuckles house right before snack time demanding all the food in the house. They won’t eat the food though but instead build deadly fighting machines out of it which they will use to take over the world. All the Garfield characters are in the game as well to help out in defending your food. 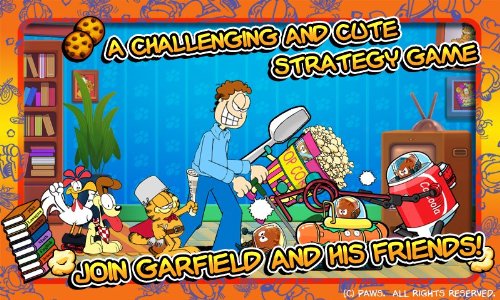 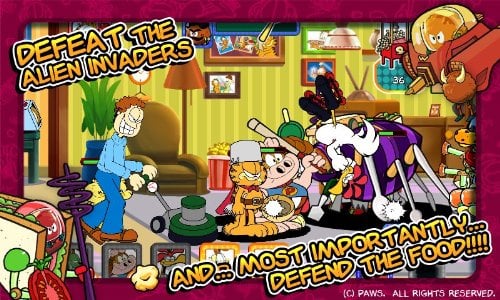 – The most popular lazy cat in the world in an epic new adventure
– Fusion of tower defense and siege styles with non-stop action
– Awesome Garfield art
– Unique gameplay that captures the wackiness of the original Garfield series
– Convince Garfield’s friends to join your army by bribing them with popcorn
– Upgrade your army and improve your defenses using cookies that you find around Jon’s house
– 60 challenging levels to conquer
– Authorized by Garfield creator Jim Davis and Paws, Inc.

Some of these franchises that have been around for a long time like Garfield and The Peanuts are very particular when it comes to adding new items to their franchises. This is, however, an official Jim Davis / Paws Inc game and a pretty fun one at that. Of course you have upgrades and different ‘weapons’ at your disposal as well to fend off the evil alien meatballs. 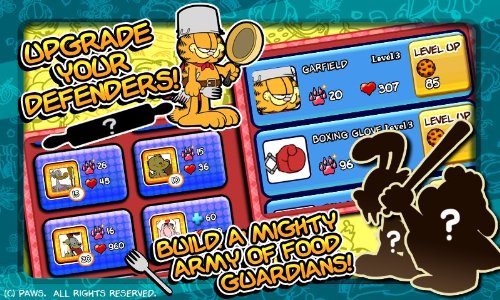 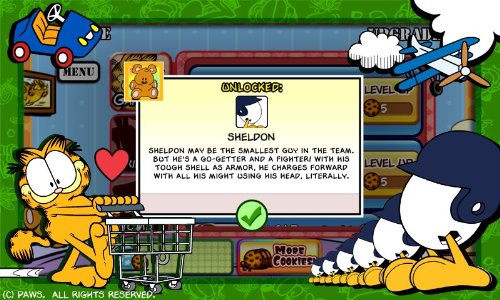 Fans of Garfield will want to grab this game but even if you are not a fan of the fat orange cat, it is a pretty well made defense game. If you have access to the Amazon App Store then you can download Garfield Defense: Attack of the Food Invaders for free.