Some rather disturbing news has come out today and although this is regarding the iOS platform, the implications can easily be applied to Android as well. EA Mobile has told owners of their iOS Rock Band game that they will be pulling the plug on the game at the end of this month.

For those of you unfamiliar with Rock Band on iOS, it is basically just like the Guitar Hero game from Glu but with the Rock Band franchise. Owners of EA Mobile’s Rock Band game on iOS were treated to a rather crappy message when opening up the game, as seen below: 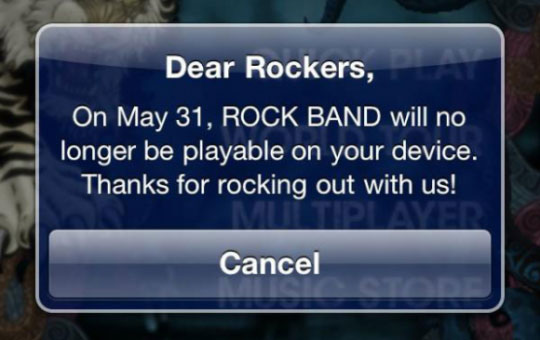 As you can see in the image above, this message “Dear Rockers, On May 31st, ROCK BAND will no longer be playable on your device. Thanks for rocking out with us!” was sent to everyone who had dished out the $4.99 for the game. Now, people are realizing that you just happened to pay $4.99 for the privilege of playing the game and that you don’t actually own it. As you may be guessing, a rather large amount of people are rather pissed off.

This brings up an interesting few questions. When it comes to PC and console games, when you purchase them, you own them outright. Apparently EA Mobile thinks that mobile games are different. While the obvious question of whether this is fair or not is easily answered, one has to think, what about Android? Will we end up facing the same fate if EA Mobile decided that, for example, Sim City Deluxe has run their course and decide to pull it? Would gamers even have a legal leg to stand on in going after EA? They did pay for it after all.

So the conclusion is this, on Android, iOS or any other mobile platform, those games sitting on your device right now can be pulled at the developers whim should they choose to do so. You don’t own them, you just are renting them, or licensing, depending on which term you prefer. Way to earn that Worst Company of the Year award EA. We would love to hear what you, our readers, have to say about this so leave a comment! 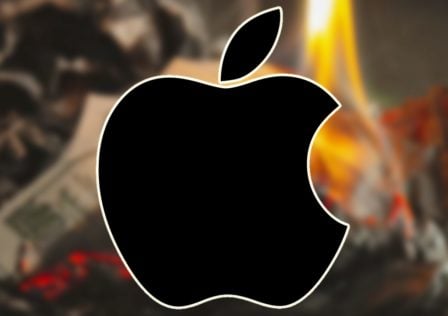