If there is one thing you can count on when it comes to the developers on Team Meat it is that you can always expect them to be straight up with their opinions about anything they talk about. This is true for other developers as well but as of late Team Meat seems to be voicing their opinion a lot.

This is due to the fact that Meat Boy is being developed for Android and iOS so Team Meat has been in the media spotlight lately. When talking about Meat Boy coming to mobile, Team Meat has been pretty outspoken in terms of what they are doing with the game stating that they won’t release the game if it turns out to be crap and that it won’t just be a ‘shitty port’ of the console game Super Meat Boy. Now Team Meat is talking about the freemium business model, something that a lot of people dislike. 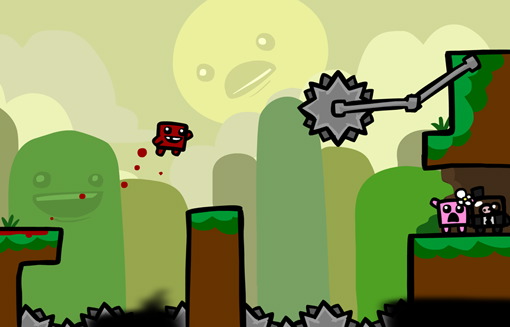 Edward McMillen from Team Meat recently voiced his thoughts about the freemium business model on a recent blog post for the upcoming Super Meat Boy: The Game which is the official name of the mobile Meat Boy game. In this post he states that freemium titles on mobile devices ‘view their audience as dumb cattle’ and offer little beyond demanding money from the player. This is true in a lot of cases especially when a company goes from offering games at a single price to releasing all freemium games. Usually their idea of freemium or free-to-play is skewed by profit.

There are some exceptions to the above though such as Gameloft who usually has a pretty decent balance in their games that are free-to-play. Other companies who have always been based on the freemium / free-to-play model often have a good balance as well since they have been doing it for so long. Others, however, release games that are overly demanding, offering little advancement in the actual game unless you drop some major coinage.

“There is an ongoing theme these days to use a very basic video game shell and hang a “power up carrot” in front of the player but then the catch… instead of achieving these “goals” by running on the treadmill, you can instead just pay a single dollar and you instantly get to your goal! Words cannot express how fucking wrong and horrible this is, for games, for gamers and for the platform as a whole… this business tactic is a slap in the face to actual game design and embodies everything that is wrong with the mobile/casual video game scene.” – Edward McMillen, Team Meat.

Edward goes on to say that they want to make a game that they would love to see on the platform, a ‘feature length reflex driven platformer with solid controls that doesn’t manipulate you with business bullshit in order to cash in’.