Back in the beginning of this month we talked about a new physics-based heading our way called Doctor Rocket. Developed by RippleWare, this game features 100% physics-based gameplay along with a Sonic The Hedgehog-esque style of blazing through levels at a rather fast speed gameplay mechanic.

Doctor Rocket is a vertical flying game where each level is a twisted maze filled with deadly traps and obstacles to stop you dead in your tracks. You will be flying fast, collecting coins/fuel and power-ups until you have the unfortunate pleasure of dieing in some grizzly fashion. Death awaits you in various forms including spikes along walls and moving parts that will crush you, making your blood splatter nicely all over the level. 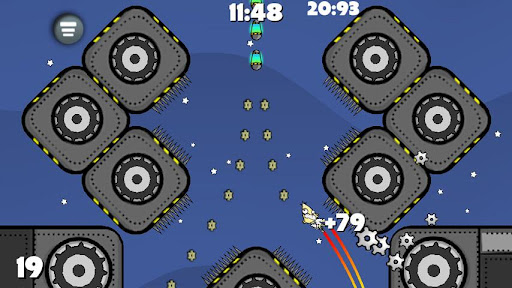 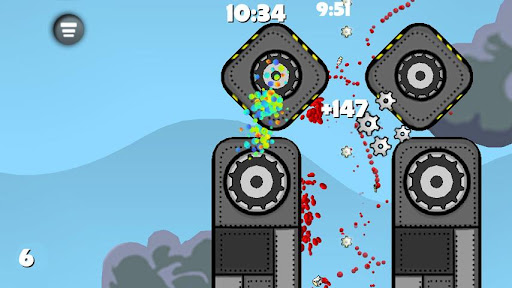 The overall goal is to launch Doctor Rocket into the stratosphere as fast as possible through each level that is built up of a winding, hazard filled course. Blazing through some of the sections in the current course you are playing is very reminiscent of Sonic the Hedgehog. You can use either tilt (accelerometer-based) or touch controls to keep your little doctor alive.

Doctor Rocket is definitely a nice little time killer of a game to play on your Android device, albeit a fast-paced hectic one. This game comes in two flavors for you to choose, a free version to try out and a ‘Pro’ version which will set you back $0.99.