Kyocera proved today that you don’t need a somewhat powerful phone to enjoy Android’s latest OS. The company announced two lower-end Android 4.0 smartphones at CTIA called the Hydro and the Rise. Although pricing is not yet known, chances are these phones aren’t going to cost much after being subsidized by a carrier. The off-contract prices shouldn’t be too bad either.

The Hydro and the Rise are unique because they will come with Android 4.0 right out of the box, but lack the specs we’ve come to expect. These phones are going to be geared towards who don’t care anything about having the greatest phone around, but still want the ability to perform some basic functions with relative ease. For us gamers, the Hydro and the Rise won’t be the best choices around due to their smaller screens. 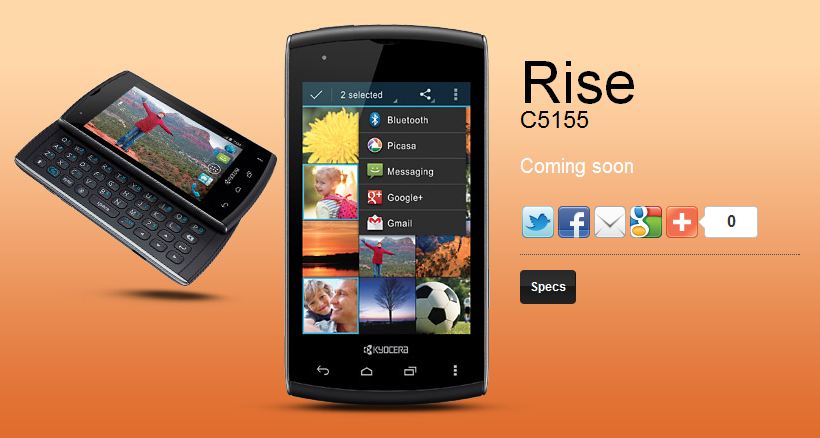 Check out the specs for the Hydro below. In many ways, it’s identical to the Rise.

The Kyocera Rise is different because it has a slide-out QWERTY keyboard and is not waterproof. Expect to see these devices in stores sometime during the summer.