May and June look to be a busy time for Gameloft in regards to game releases and announcements. Already we have the official Men in Black 3 game coming on May 17th, N.O.V.A. 3 on the way, Asphalt 7: Heat teased and heading our way, and now we have their new free-to-play Gangstar spin-off called Gang Domination (Codename).

While details are still a bit scare about this new crime themed game, we do know a few things so far about Gang Domination. For one, it will be a free-to-play game for iOS and Android which will be released onto GREE’s social gaming platform. This is an interesting move considering that Gameloft has their own platform called Gameloft Live!. 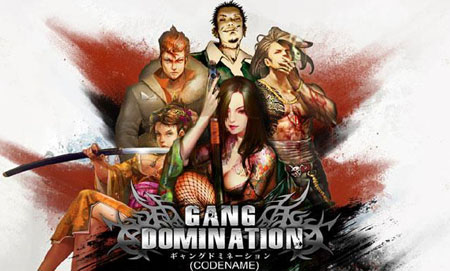 Secondly, which you can tell from the teaser artwork that Gameloft has released, there is a heavy Japanese art style influence to the game. Gang Domination will also support both English and Japanese languages which is most likely because it is being released onto GREE’s platform. Other than that, we don’t know a whole lot about the game just yet but as more details emerge, we will be sure to post an update.