Amazon’s web-based Test Drive app has begun rolling out in beta form onto select Android phones. Amazon’s Test Drive was an applet on the Amazon App Store which allowed gamers to test drive Android games and applications through the browser before making the decision to buy the game or app they were trying out. 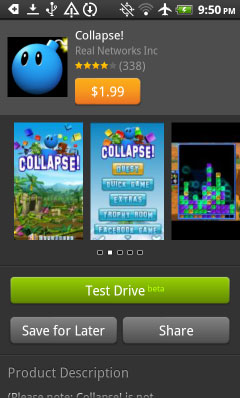 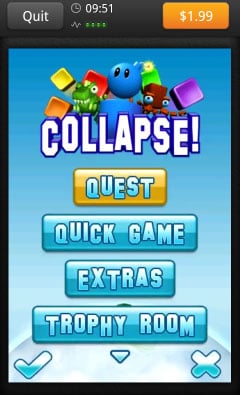 When browsing through the app, games and applications that are enabled to be test driven will display a button that simply says ‘Test Drive’. Clicking on this will load the Test Drive feature up and you will be able to play the game you wanted to try out or fiddle with the app you were interested in. The Test Drive period lasts for 10 minutes during which, at any point, you can buy the app or game you are testing. Whatever you are testing runs as though it were actually installed on your phone as well.