Kemco, to celebrate the upcoming E3 2012 show and some future announcements that will be coming from them during it, have put their retro-style RPG called Grinsia on sale starting today for $0.99. Usually this game goes for $3.99 on sale with a regular price of $7.99.

So to grab the game for $0.99 is quite a deal. If you haven’t checked out Grinsia yet, it is a pretty unique retro-style RPG with some interesting features such as Night/Day cycle, Treasure Accessory system which is basically the ability to use special powers when certain gear is equipped, and the fact that the game changes depending on the reactions of your characters in your party. That means different party set-ups will trigger different events from the same NPCs. 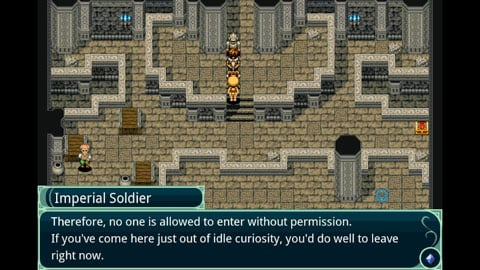 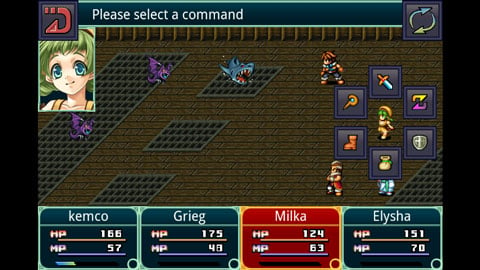 It is quite the large game as well so it isn’t just an RPG that you’ll blaze through in a few sittings. If you are looking for a new RPG to play and haven’t yet tried this one out, now is a good time to grab it while it is on sale. No word on when the sale will end so it could be at any time although we are guessing it’ll end when E3 2012 does.