When we first wrote about this update, we figured it would just be another episode for Angry Birds Seasons with some new levels. Pretty standard stuff really. However Rovio has decided to throw in a whole new game mechanic to liven Angry Birds Seasons up a bit.

First off the entire update is water themed which makes sense considering the name of the update being Piglantis. It’s mostly a island type of theme . There are a total of 30 new levels that come with this update instead of the usual 15 levels. There is also a whole new soundtrack for this episode. 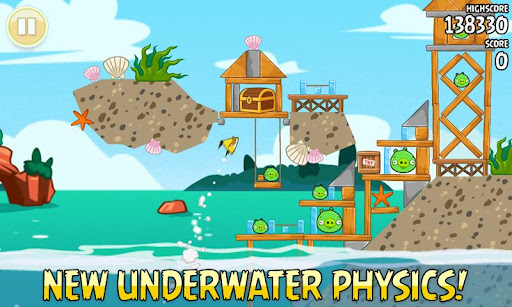 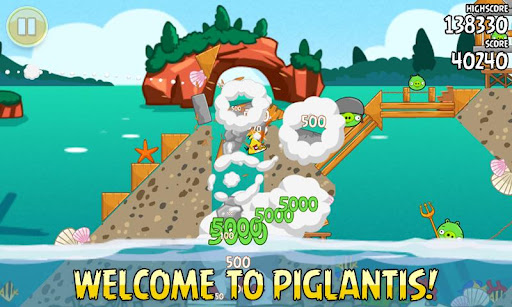 The big update is the new game mechanic which deals with underwater physics. Yes, water physics is now included in this Piglantis update. Pigs will sink down into the water and die when they reach the floor. Your birds, however, will be able to float so if they go under water, they will float to the surface. This also applies to the blocks. Ice and Wood blocks will float while the stone ones will sink.

The update is now live so if you haven’t downloaded it yet, might as well do it now and check out the new water physics.