Dinofarm Games, developers of the excellent 100 Rogues game, has had their next project successfully funded on Kickstarter with 10 days remaining. Their new game, called Auro, will be a cross-platform turn-based tactics style strategy game in the style of a dungeon crawler.

With the Kickstarter project being successfully funded, Auro will be making its way to multiple platforms soon including Android. Wrapped up in some nice looking pixel art, Auro will have you crawling through dungeons in a tactics style of gameplay similar to other games like Final Fantasy Tactics. This game will also come with a completely original soundtrack, unique gameplay mechanics and plenty of humor meshed together to form this rather unique game. 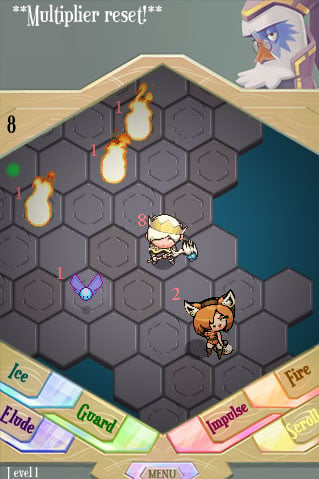 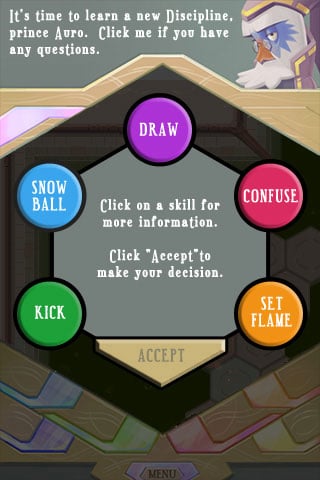 -Turn Based Strategy! Quick, pick-up-and-play tactical decisions are what AURO‘s all about.  Turn based games are great for mobile games, because they don’t require constant, fixed attention.  Further, they don’t require as much tactile precision and timing on a touch-screen
– Rich “Disciplines” System! Study the destructive forces of the Fire  skill tree, or the sneaky tactics of the Elude skills.  Or find some new combination and learn to master it!  Each skill has many uses and there are a thousand ways to play – get creative!
– Innovative, ground-breaking gameplay! We’re doing a lot of things that no one has ever done before.  We’ve done away with tons of conventions that simply did not make sense before in an attempt to create a super-focused, replayable game.
– Randomized Challenges! The levels, monsters, and items are all randomized each time you play AURO, meaning that it’s infinitely re-playable
– Several modes of play! For those who like traversing an unfolding story, there is a Story Mode.  If you just want an quick yet solid test of your skill, Normal Game is for you.  If you enjoy puzzles, try Puzzle Mode!  We plan to add many more variants in the future.
– Charm! We think you’ll delight at the characters we’ve been developing over the past year for AURO.
– Quality Art & Music! We have a very distinct vision for what AURO should look and sound like.  We hope you’ll find it to be a beautiful piece of art on its own when it’s complete.
– Cross Platform! Play AURO on your Android Phone, iPad, iPhone, iTouch while you’re at work.  When you come home, play it some more on your desktop Windows, MacOS or Linux PC!

Dinofarm Games has already listed some stretch goals as well now that the initial goal has been met. Currently sitting at a little over $11.2k in funding, their first stretch goal has already been met which is the addition of more custom effect animations for special events and more tilesets. There are four more stretch goals that, if met, will add another playable class to the game, a second story mode to play through and even a level editor.

Since Auro has met their initial funding goal, this game should be release sometime later this year, roughly 4-5 months from now. If you are a fan of tactics style games or dungeon crawlers, you might want to consider dropping a couple of bucks to help fund this one in order to reach more stretch goals. Either way though, we will get to play this game soon. Check out the Kickstarter video above to learn more about Auro.