One of the classic nerd movie from back in the 80’s has come around once more to speak to the inner geek inside of you, except this time it is in the form of a game for your Android device. WarGames is the movie we are referring to and WarGames: WOPR is what has arrived to pull that inner geek in you out.

The actual game is more of a Puzzle Quest type of game except the graphics are those glowy lines arcade style visuals from back in the arcade days. In this game though you are not the good guy but you are, in fact WOPR, the computer that goes nuts and tried to create thermal nuclear warfare. You will be going up against the characters from the movie in an attempt to destroy the world. There is a loose storyline to follow and you will have to defeat your opponents. 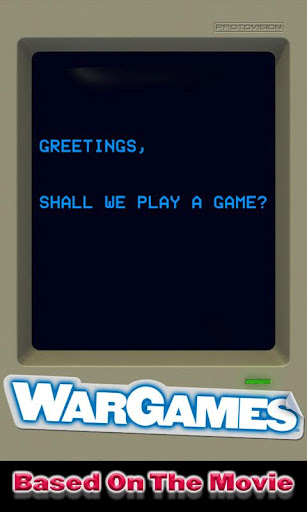 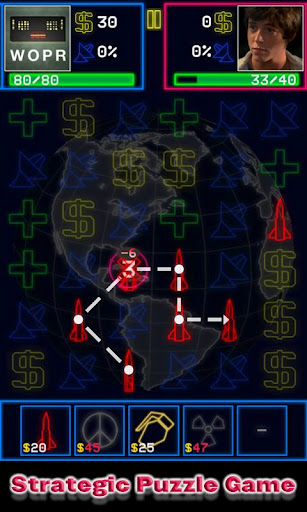 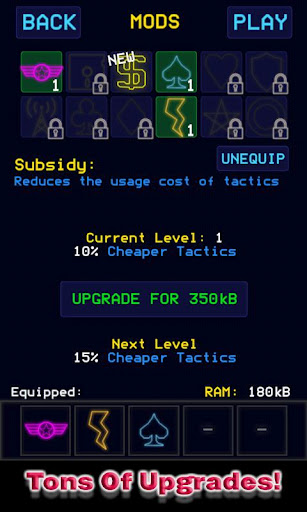 Defeating your opponents is done by connecting similar shapes on the playing field. So to shoot a missile and cause damage to your opponent, you match a few of the missile shapes up by drawing a line connecting them all. Earn money from the dollar symbols and so on. Money is used to buy power-ups which you will then use to help defeat your opponents with terrible haircuts.

WarGames: WOPR is pretty much the matching puzzle game for nerds who, like myself, loved the movie back in the day and still do. You can nab yourself a copy of WarGames: WOPR off of the Google Play store for $0.99 and reminisce about when you were young, watching the movie, and pondering if you could, as well, screw with the military computers like in the movie.