MiniClip is continuing their steady push onto Android with another game release today. This time, however, it is a racing game called Mad Skills Motorcross which I must admit reminds me of playing the rather old school Nintendo game Excite Bike from back in the NES days.

In fact Mad Skills Motocross plays out a lot like Excite Bike from the NES. You’ll be racing against other computer controlled AI opponents on various motocross tracks in a side-scrolling point of view. Even the visuals have a bit of a retro feel to them although they are not even close to how retro Excite Bike visuals are. 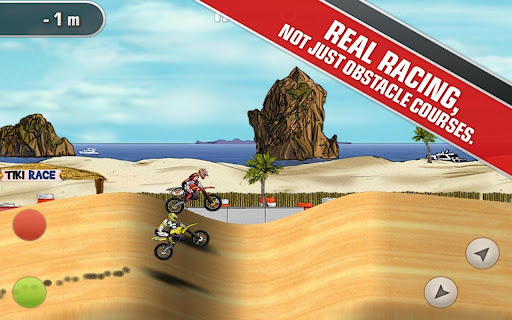 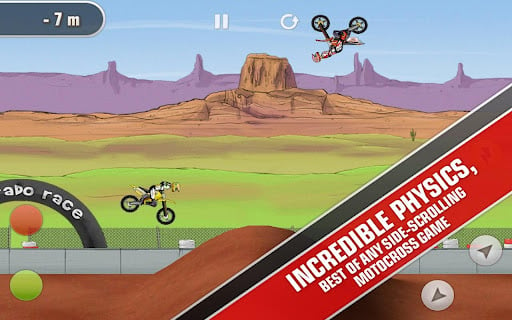 – Change the appearance of your bike and rider
– Compete on 52 tracks, from easy to very technical
– 30 more awesome tracks available as in-app purchases
– Compete in Career or Time Attack modes
– Compete in either Amateur or Pro modes for varying levels of difficulty
– Use five different power-ups to find faster ways through tracks* Race “ghosts” of your own or your friends’ best times
– Watch replays of your best races

Other than the above points, Mad Skills Motocross comes with a lot more features than Excite Bike. There are 52 different tracks ranging in difficulty, bike and rider appearance customization, four game modes and you can even watch the replays of your best races if you want to stroke that ego of yours just a little more. There is also a good selection of tricks to break out while flying through the air. 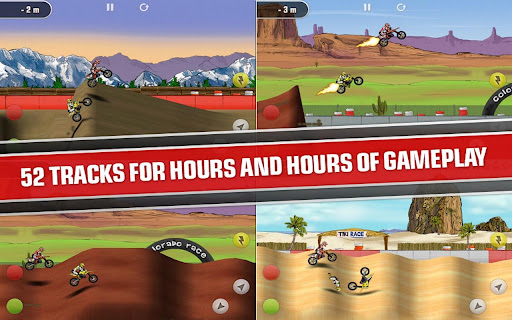 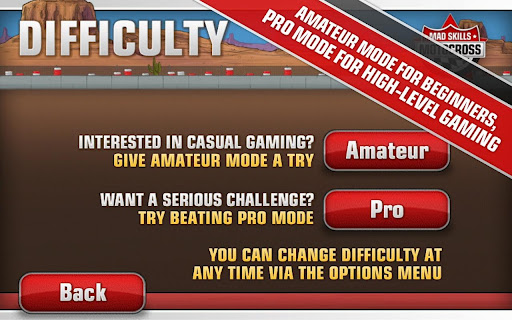 MiniClip generally doesn’t release games that suck so you can expect Mad Skills Motocross to be a pretty solid motocross racing game with a bit of a nostalgic flare to it. If you are ready to kick up some dirt then head over to the Google Play store and pick up this game for free. If you get bored of the 52 tracks, you can buy 30 more via an in-game purchase.